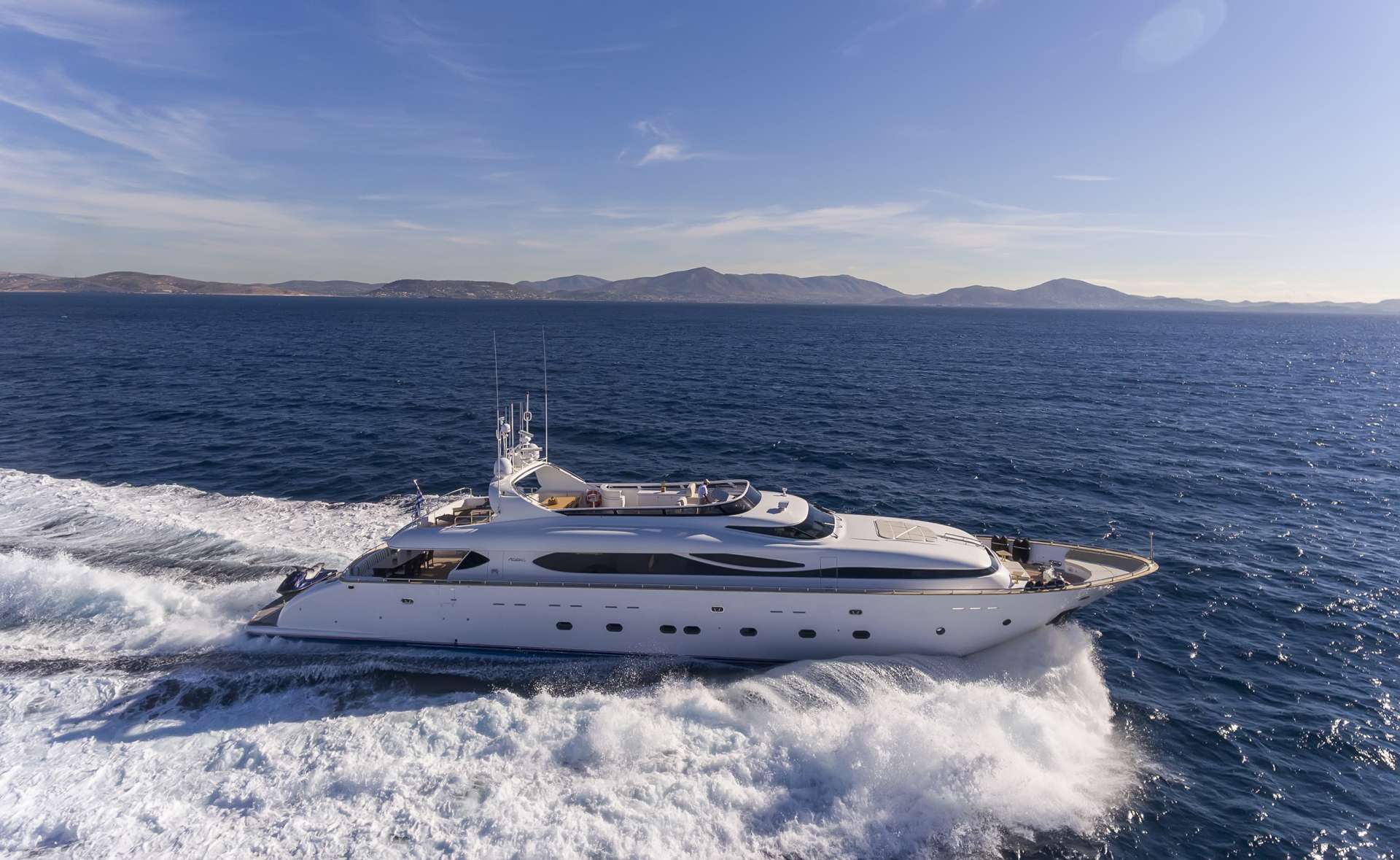 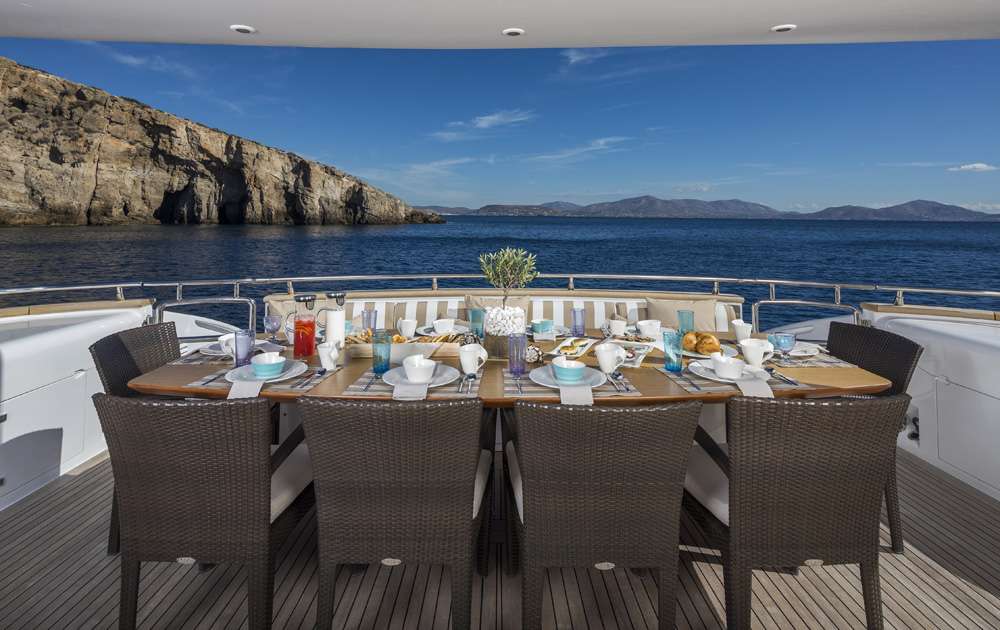 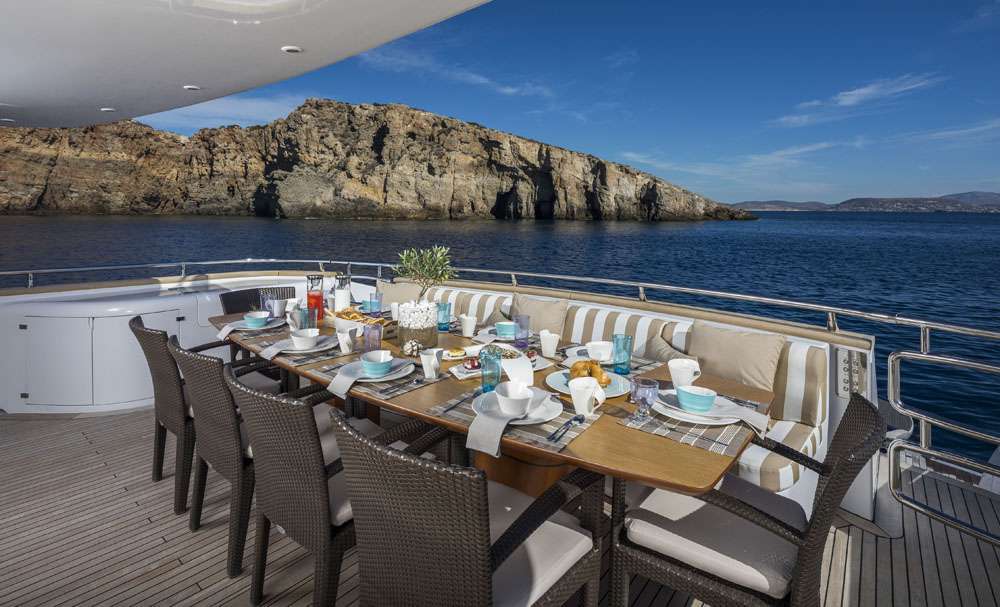 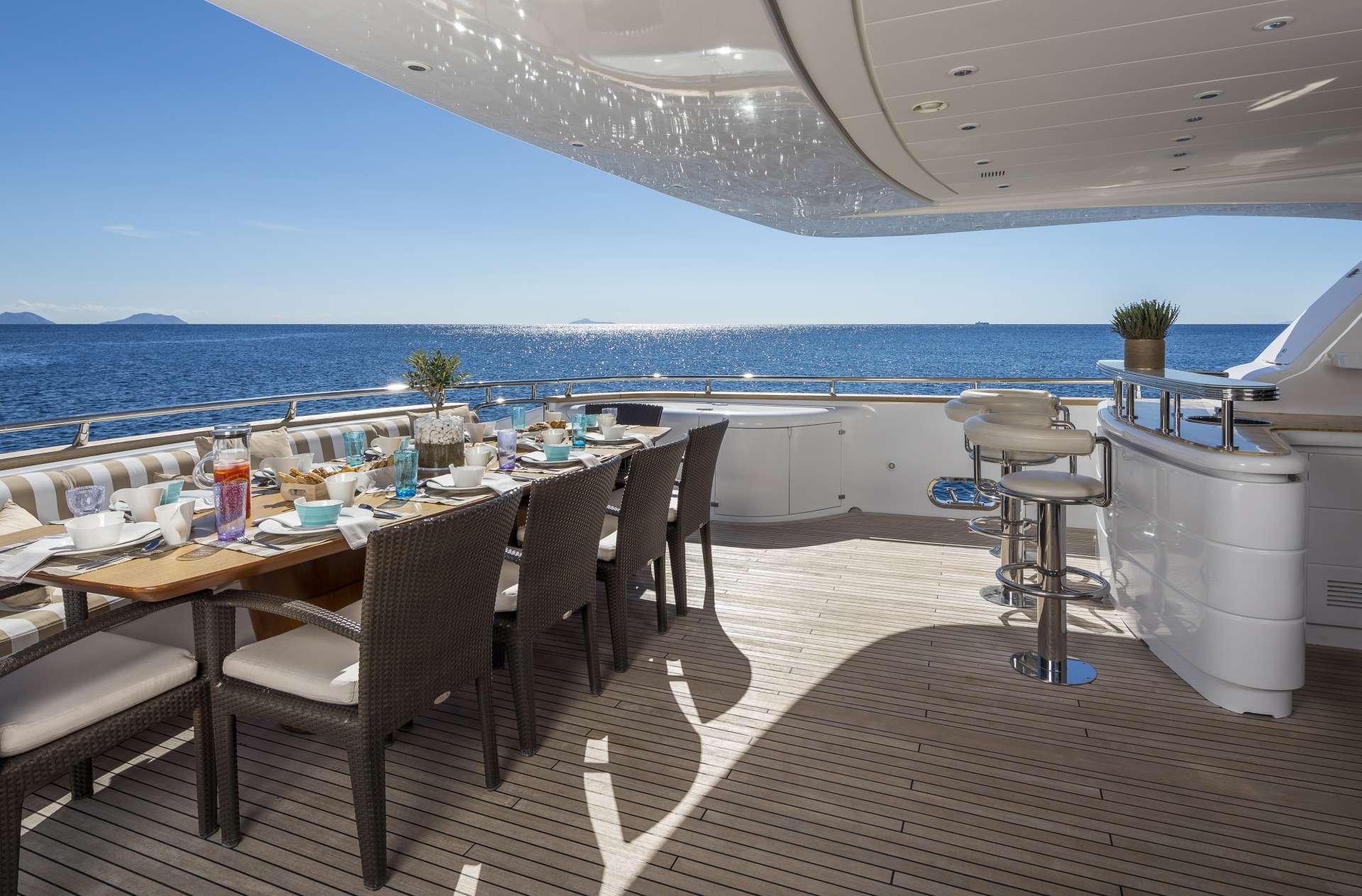 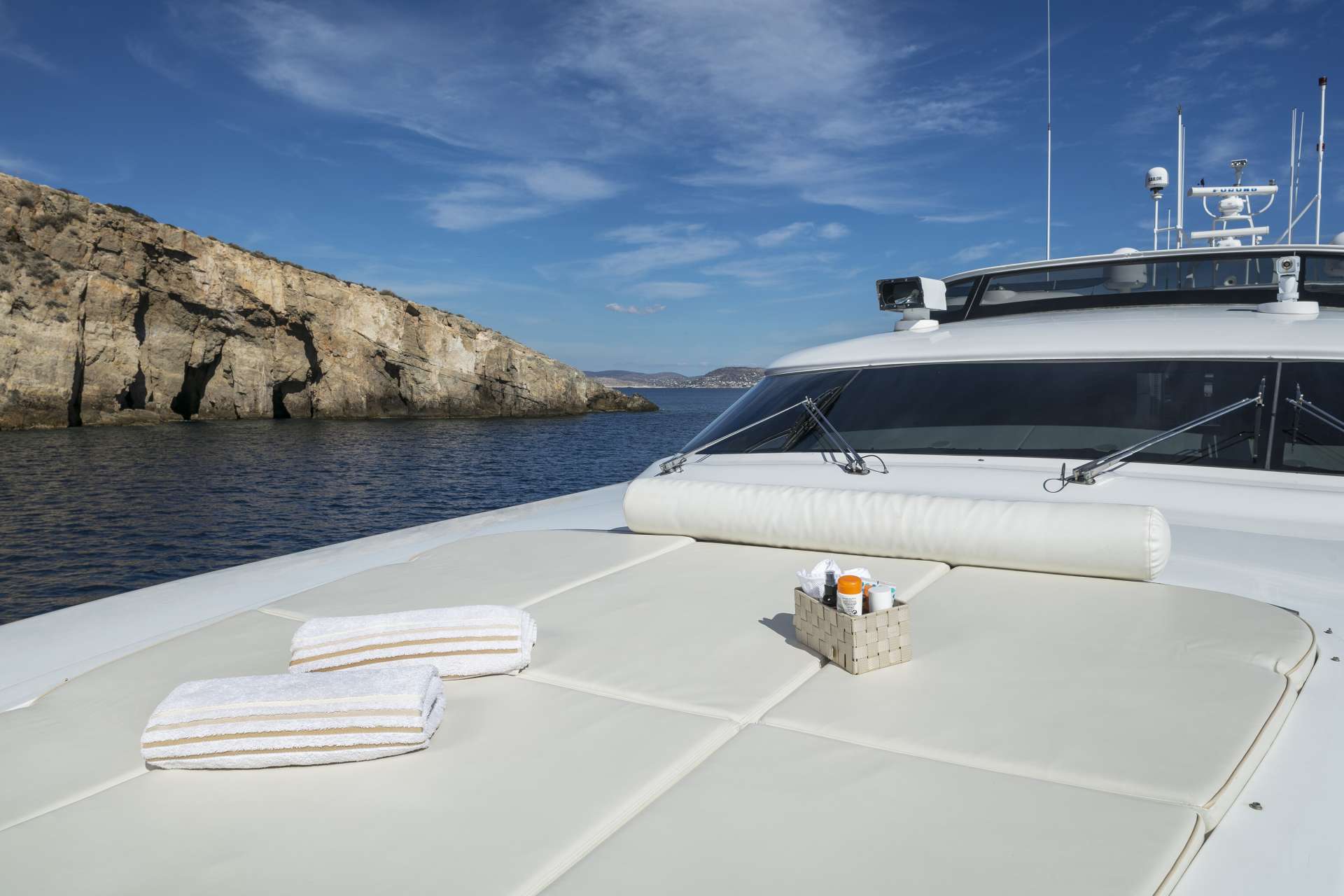 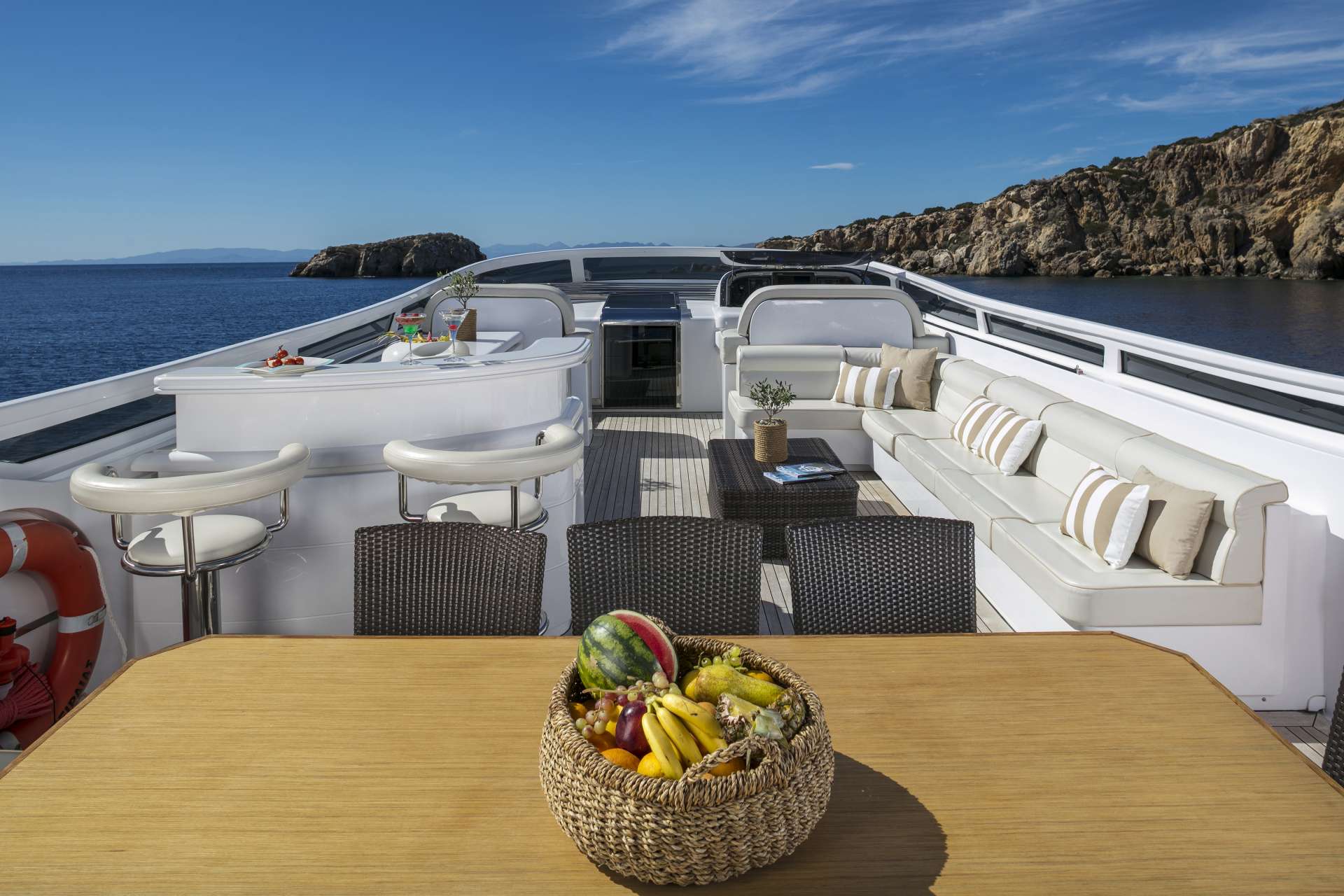 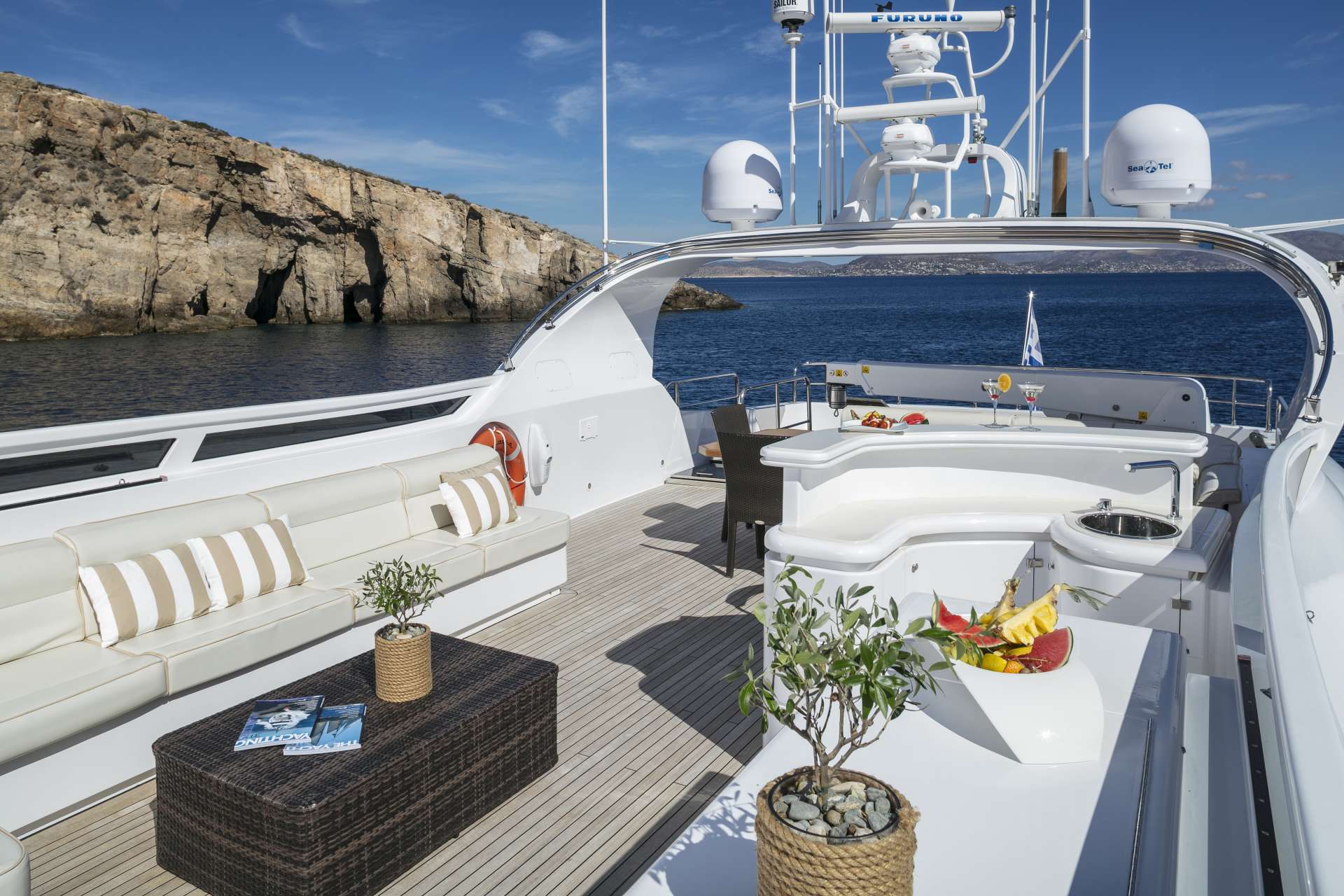 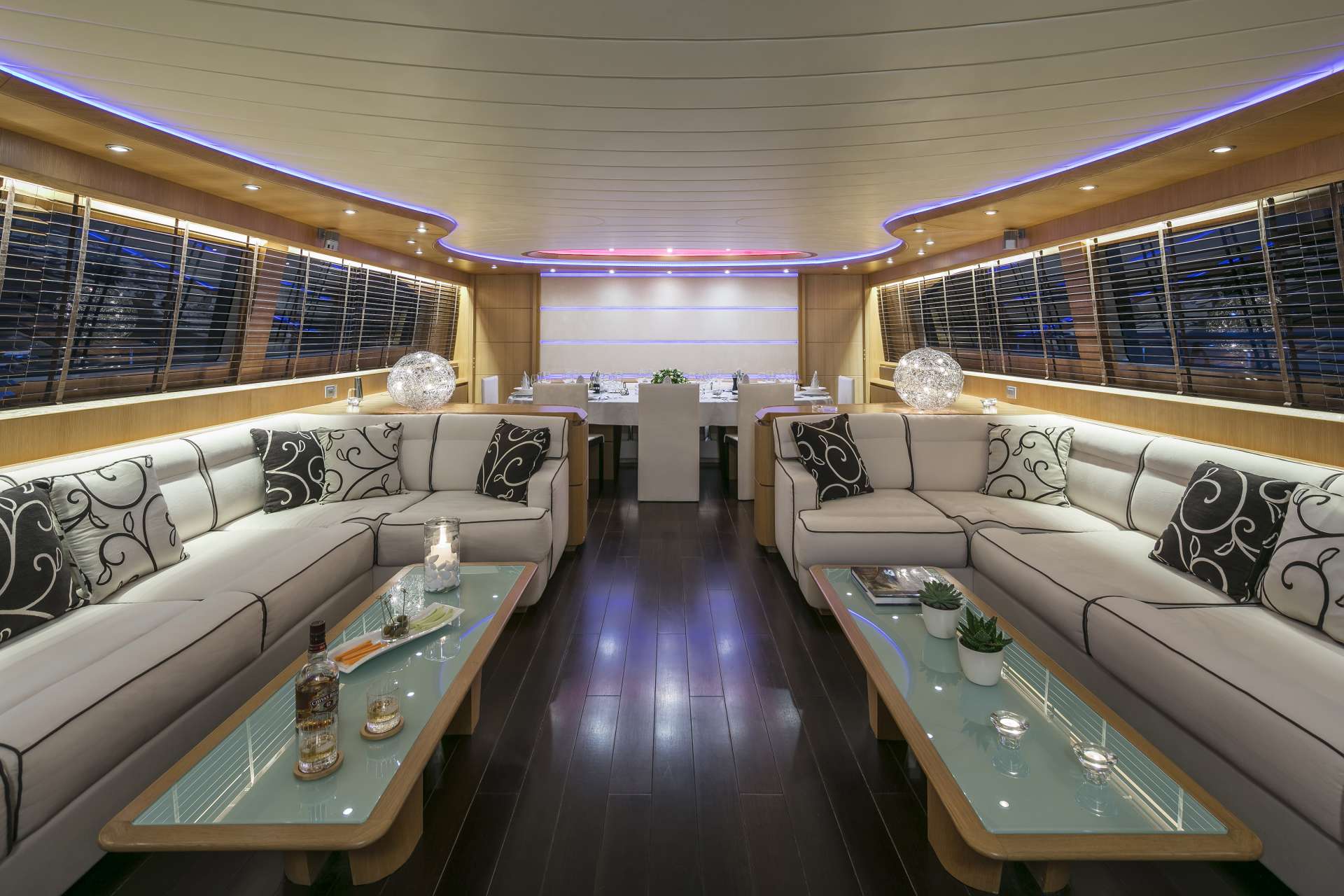 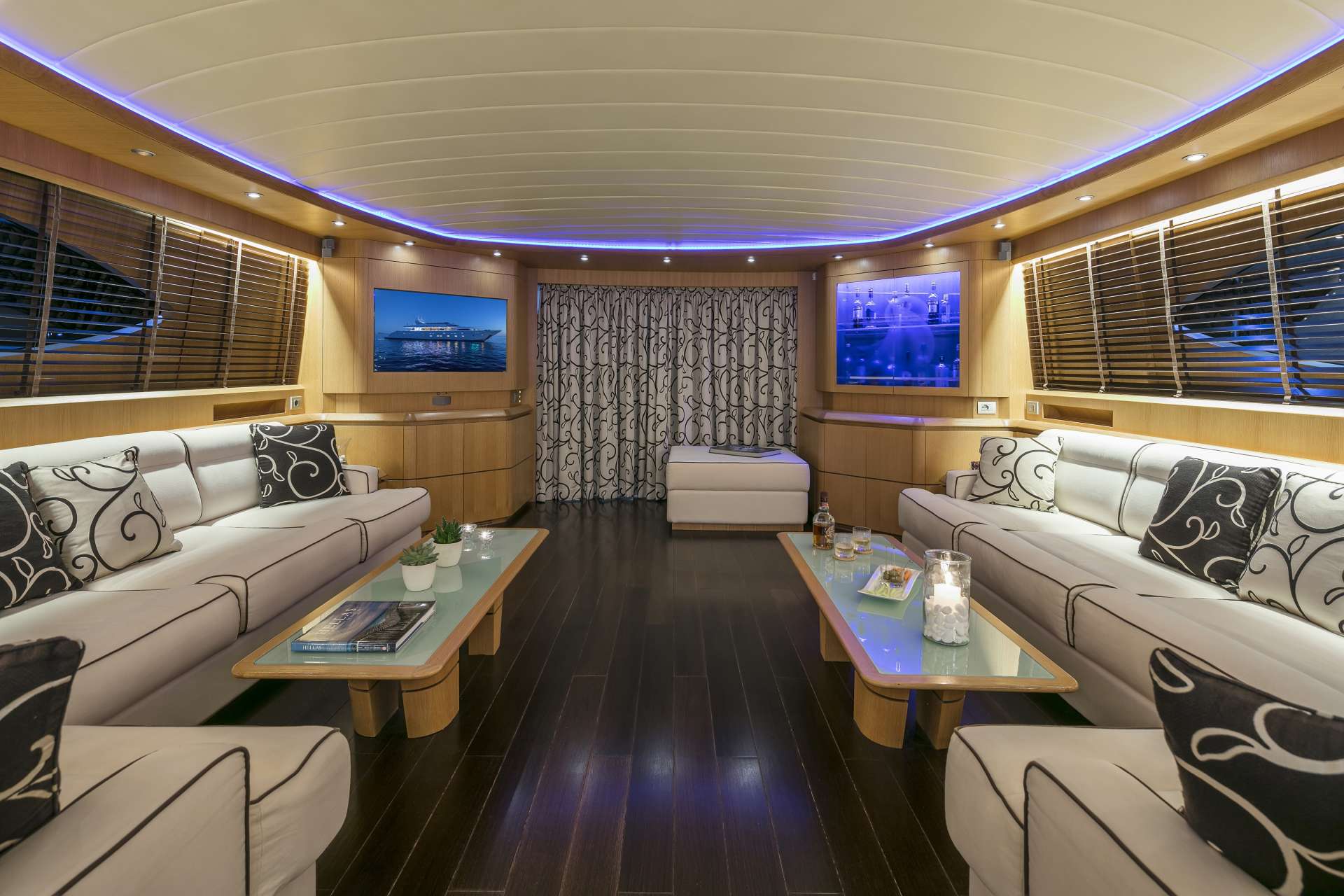 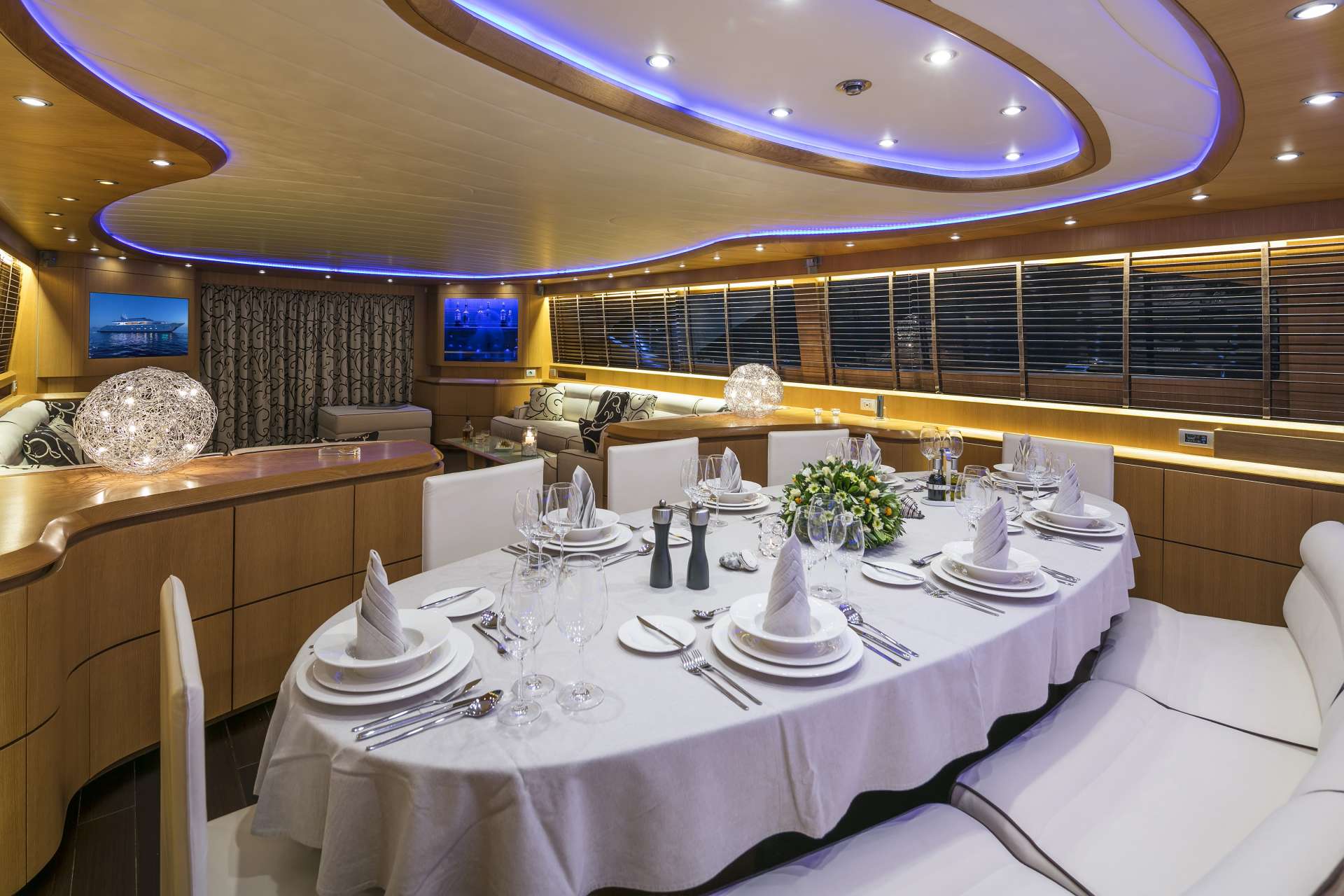 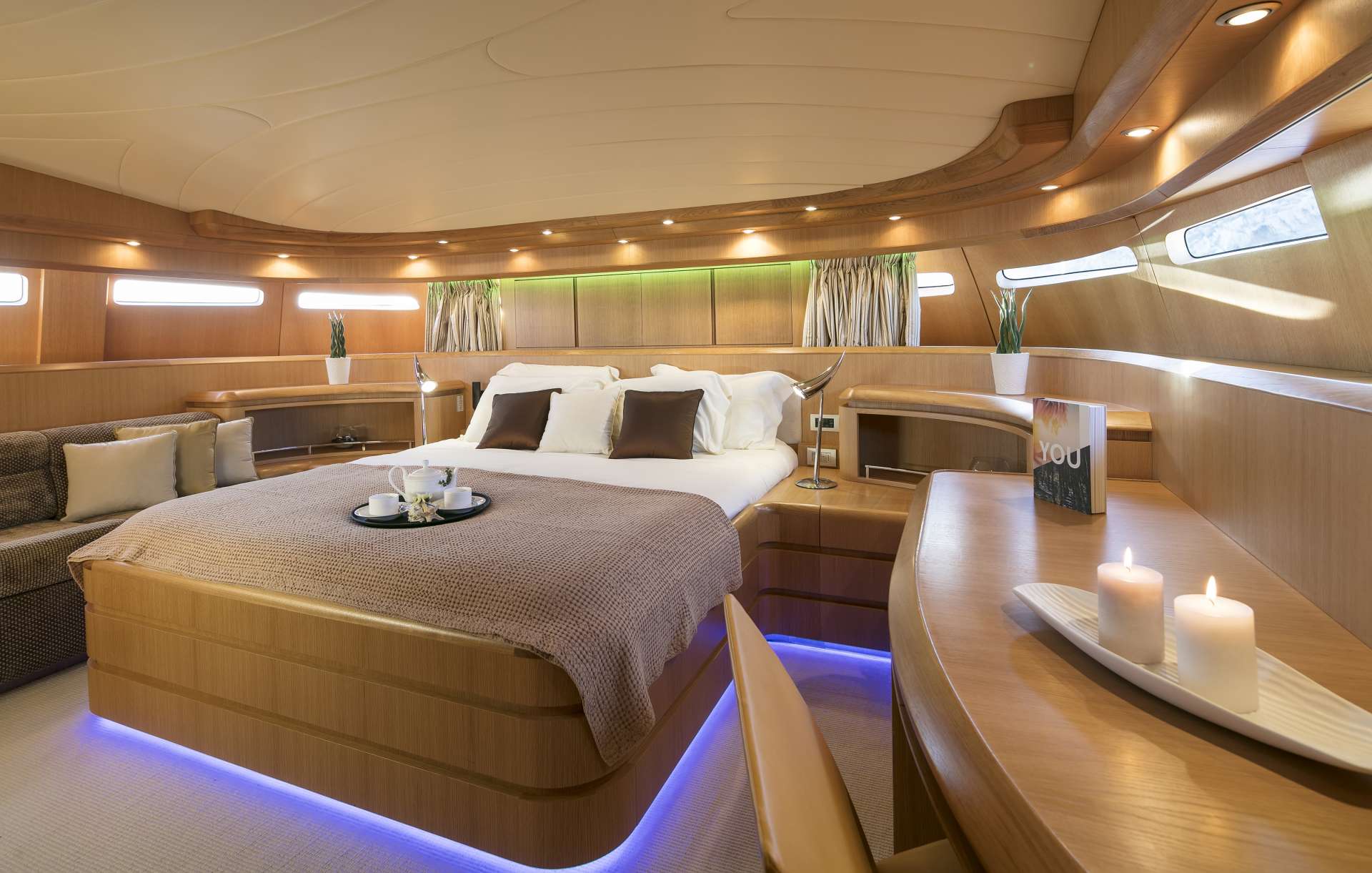 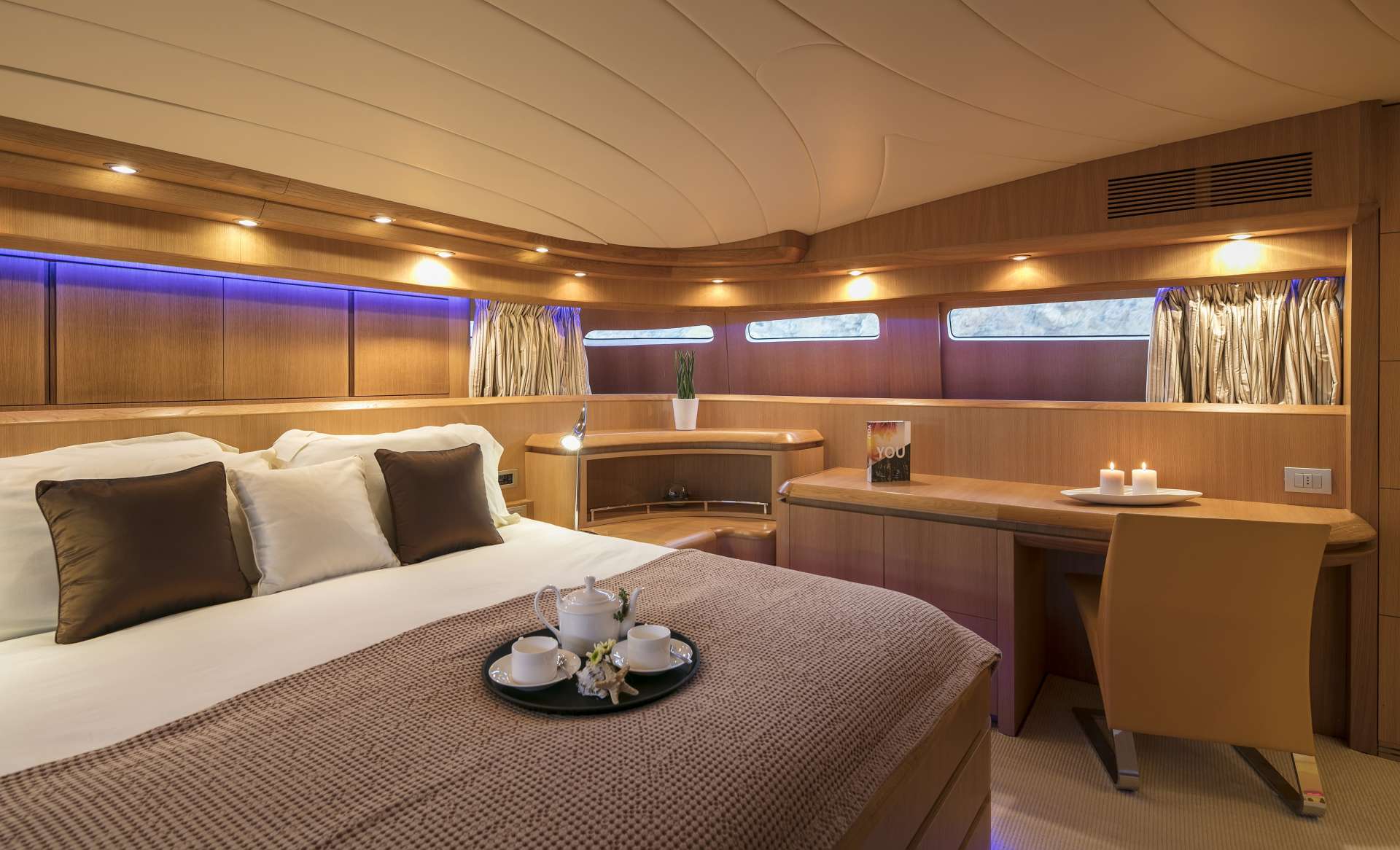 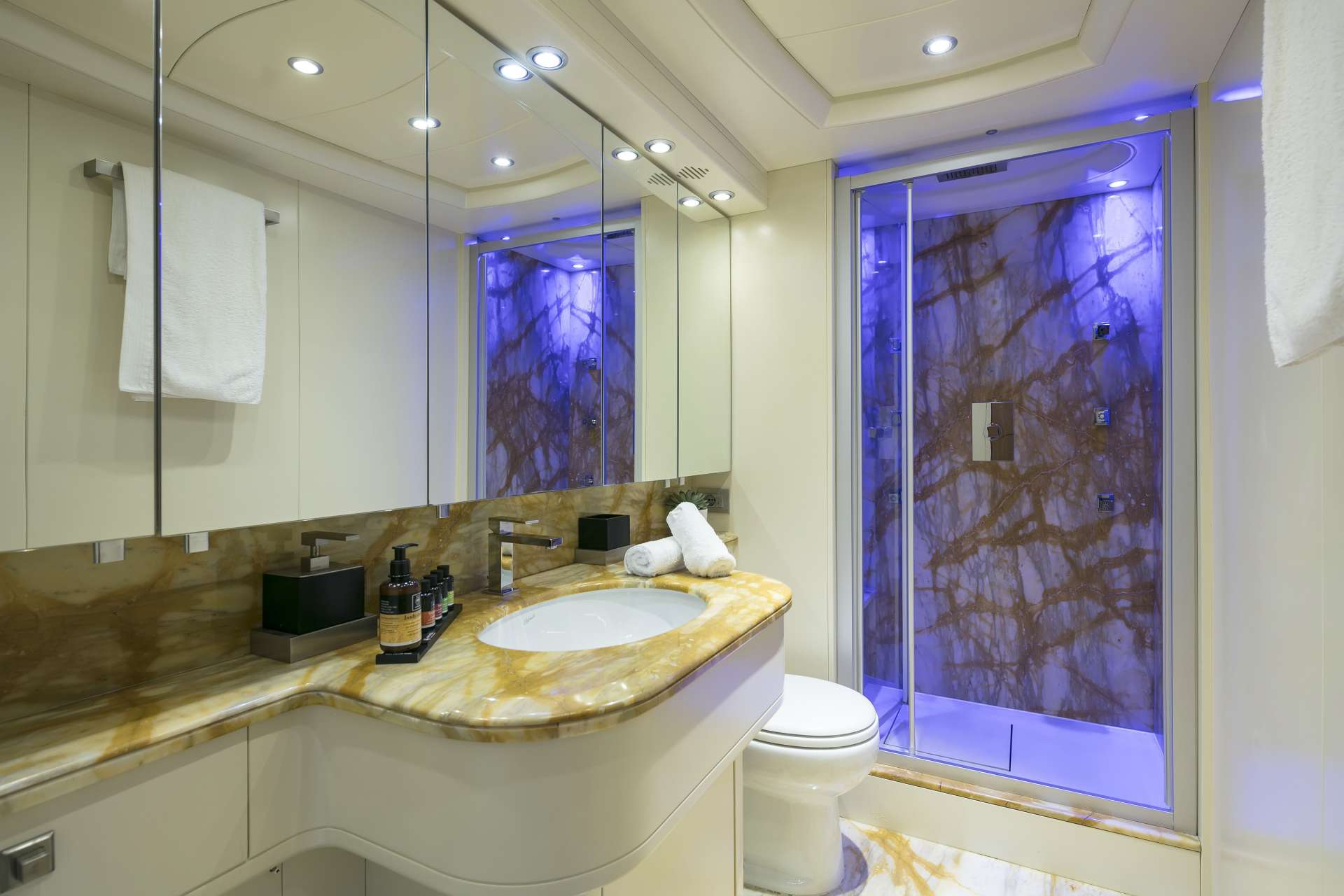 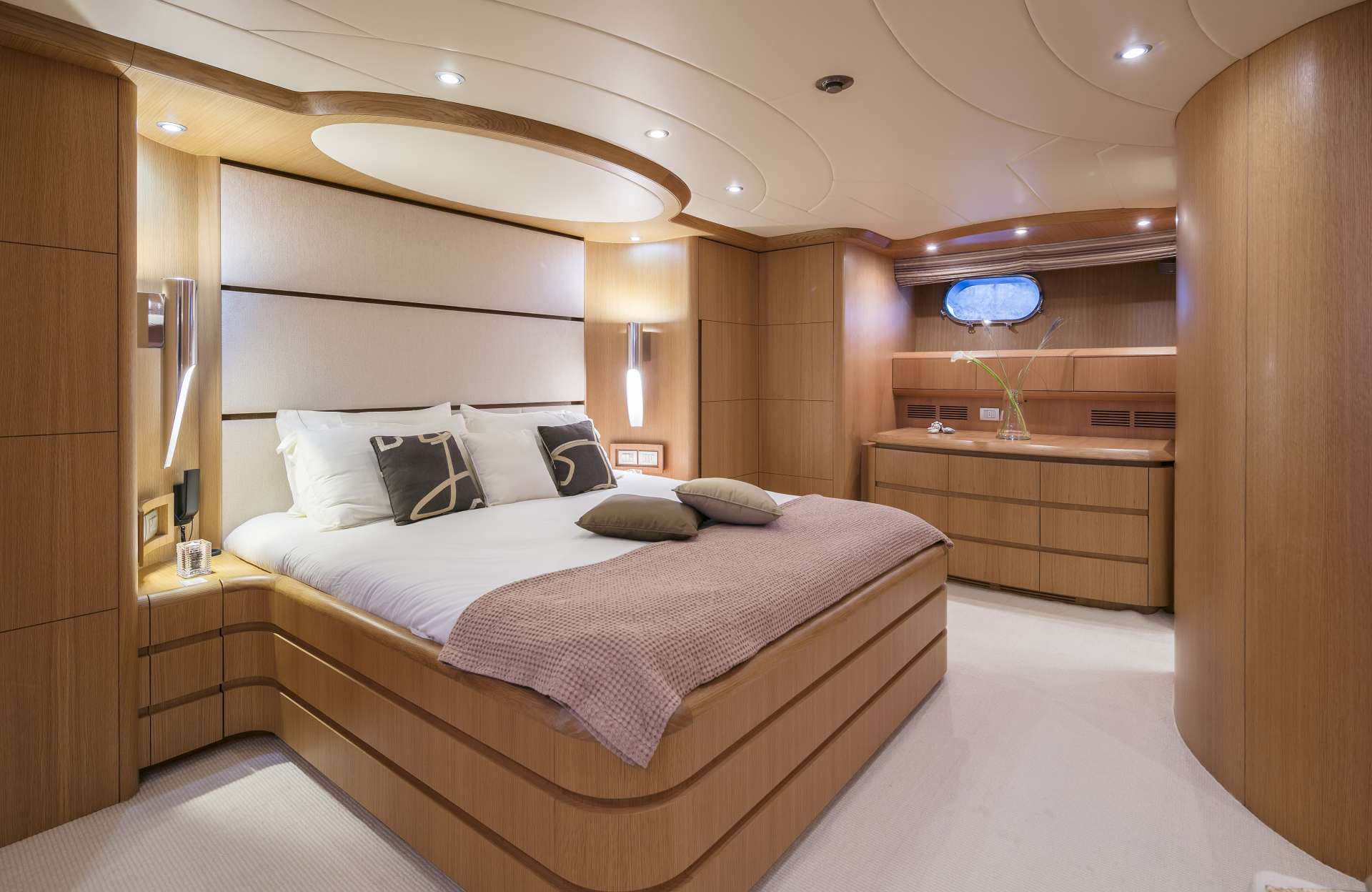 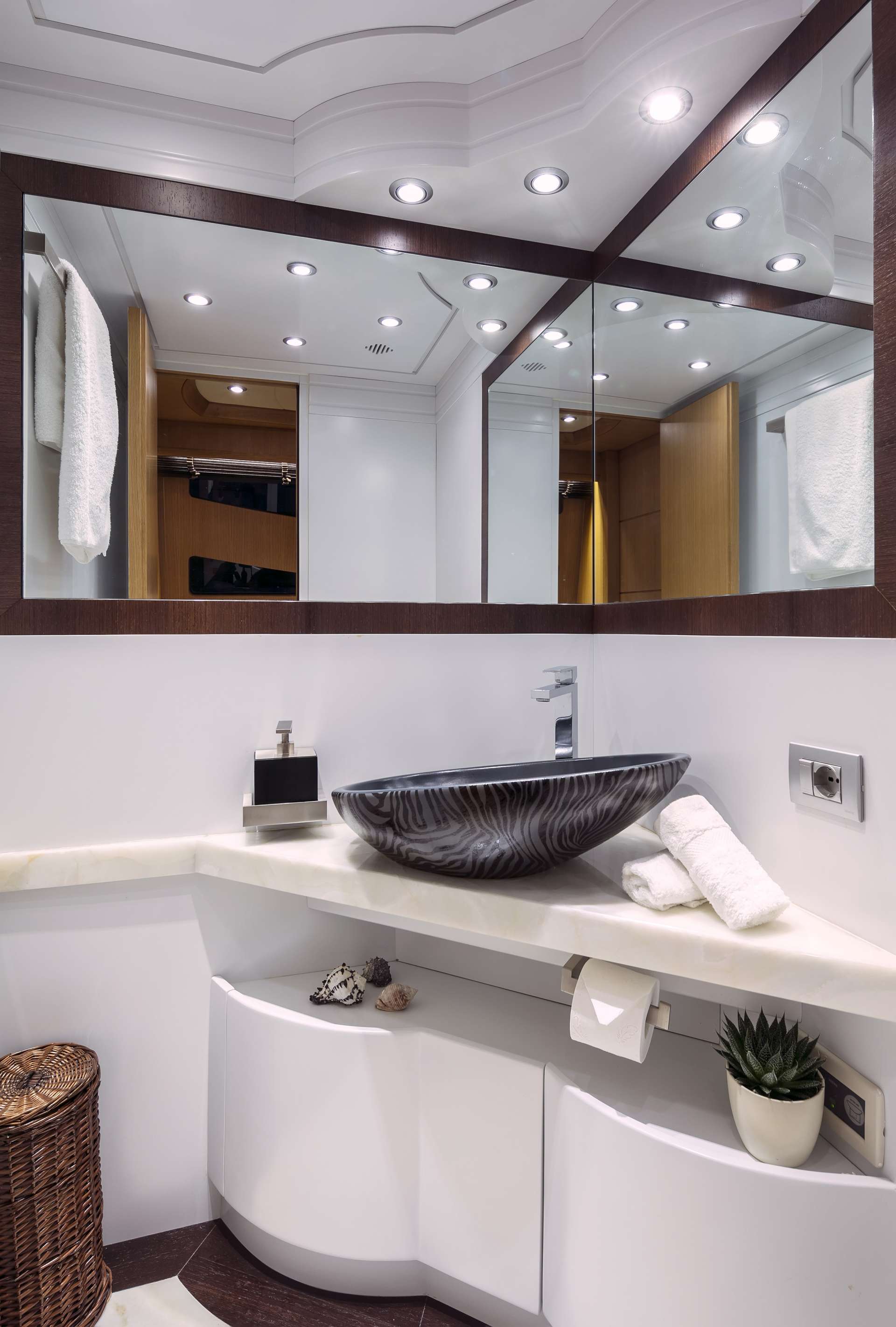 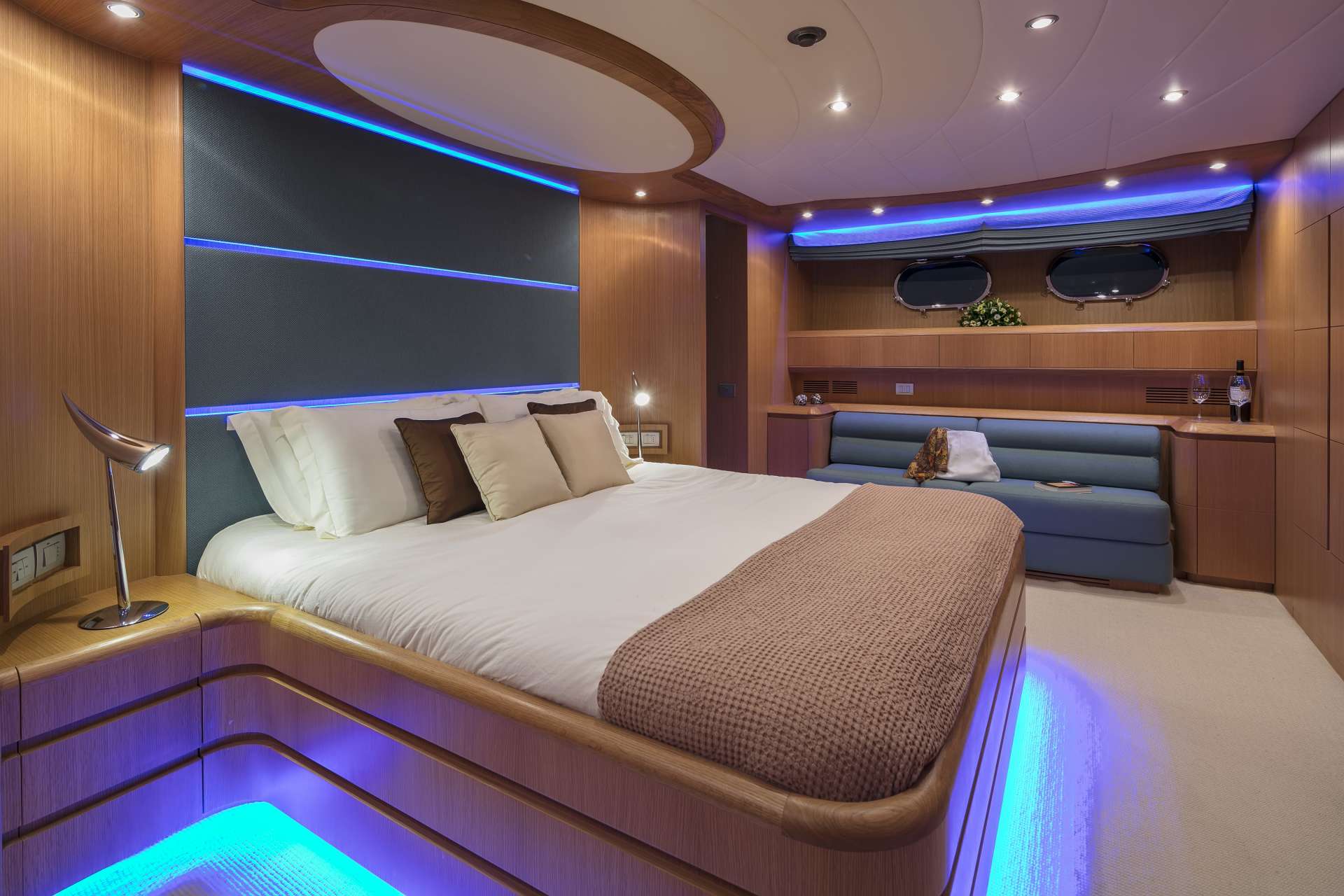 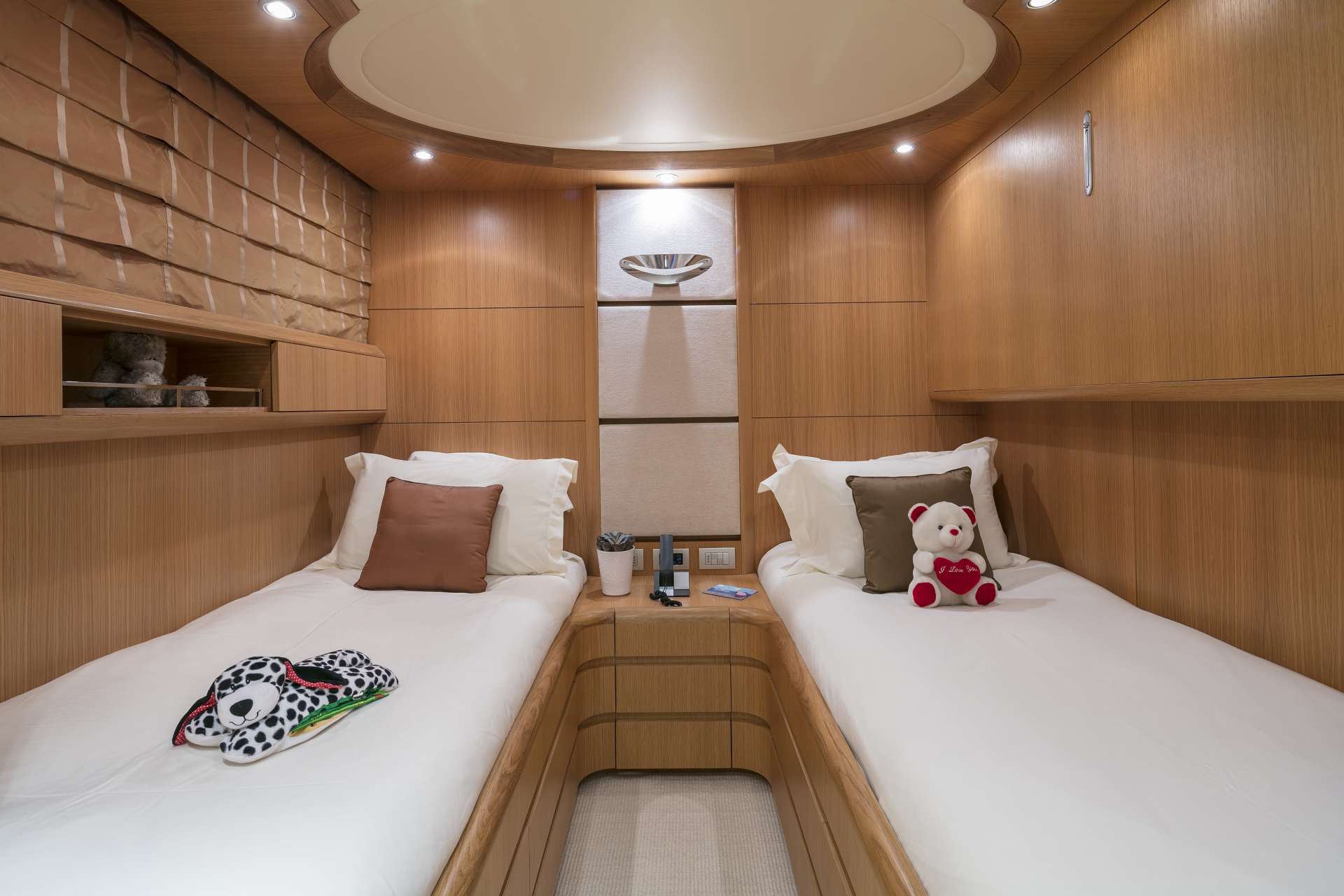 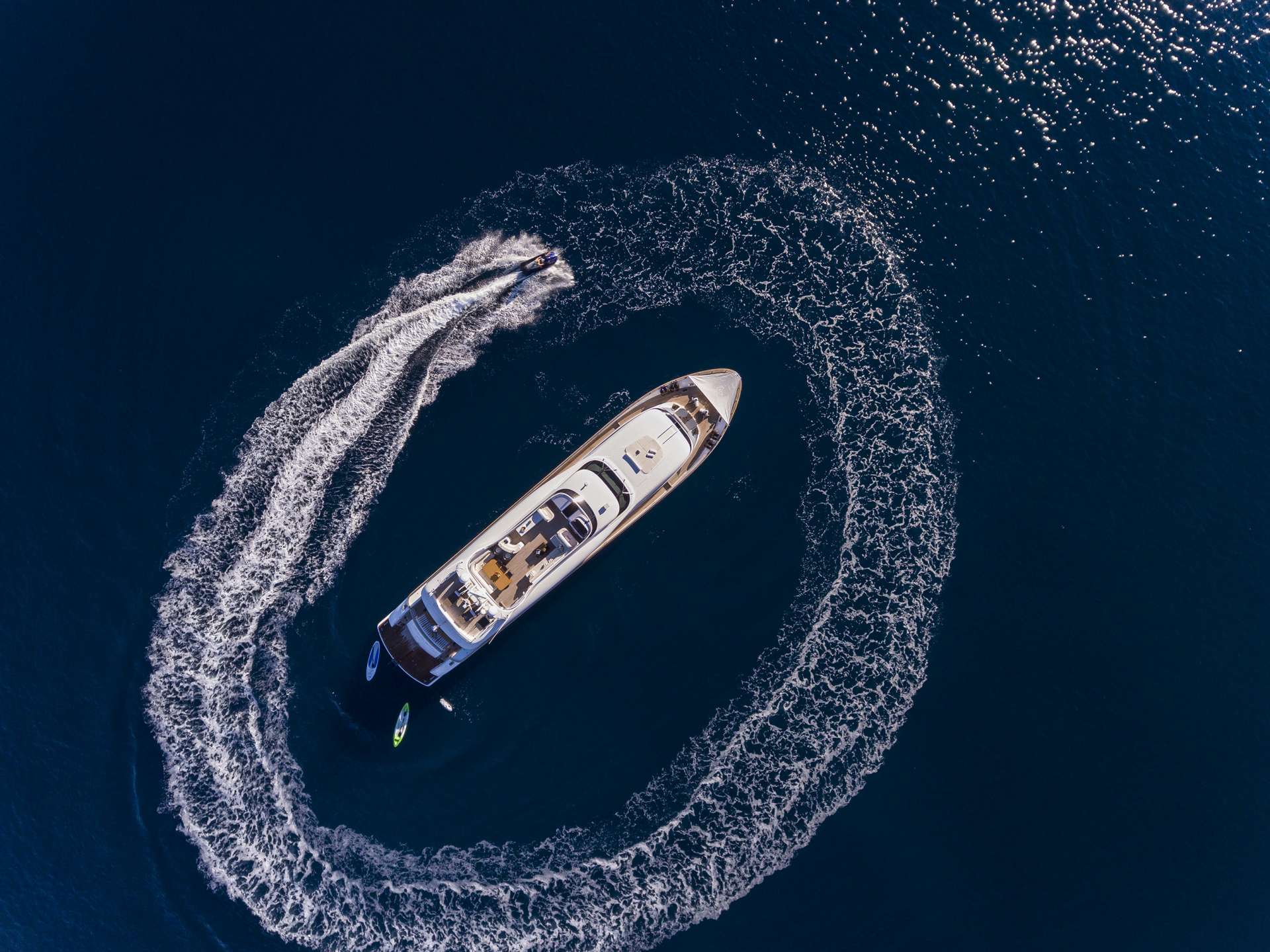 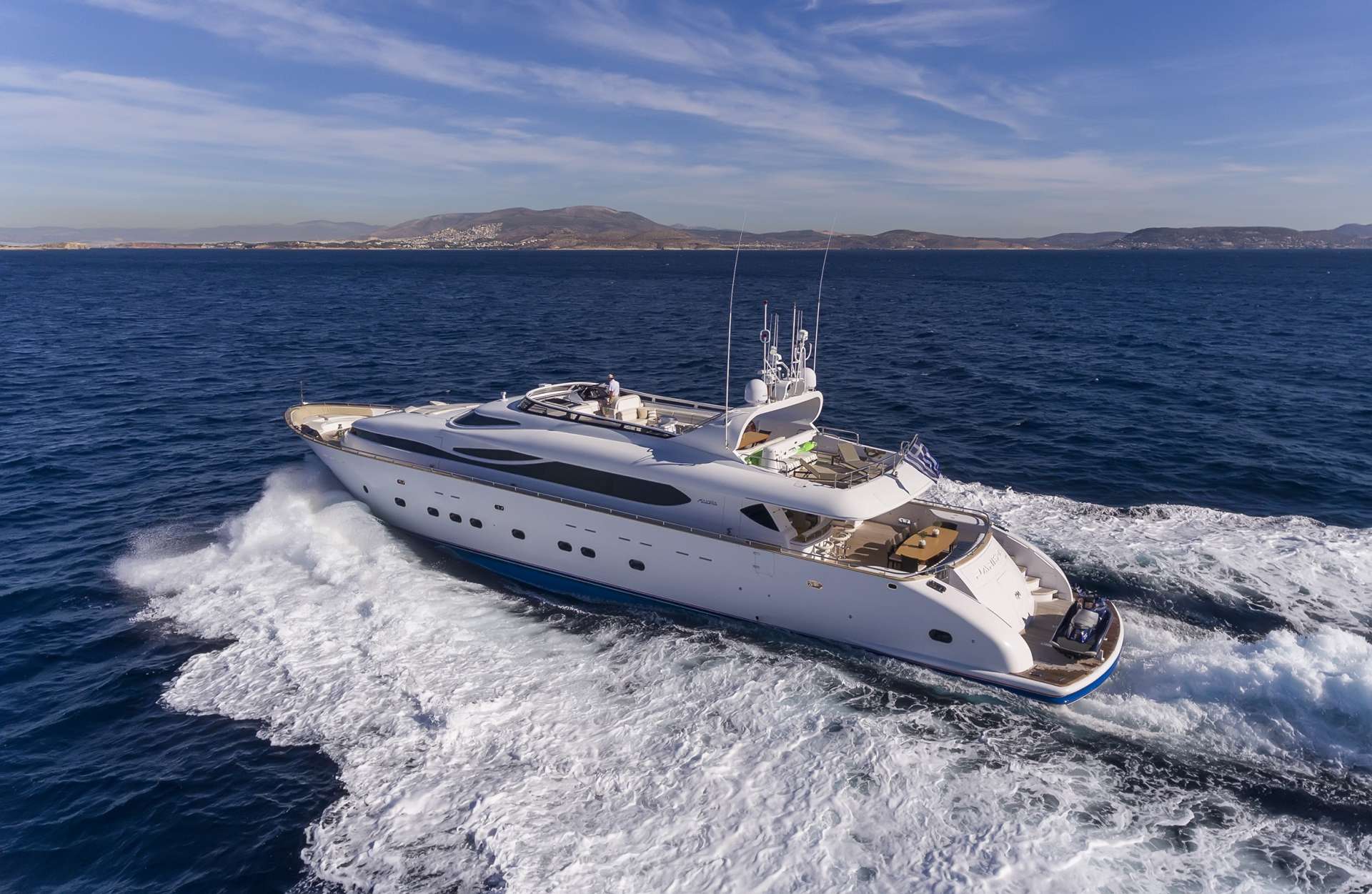 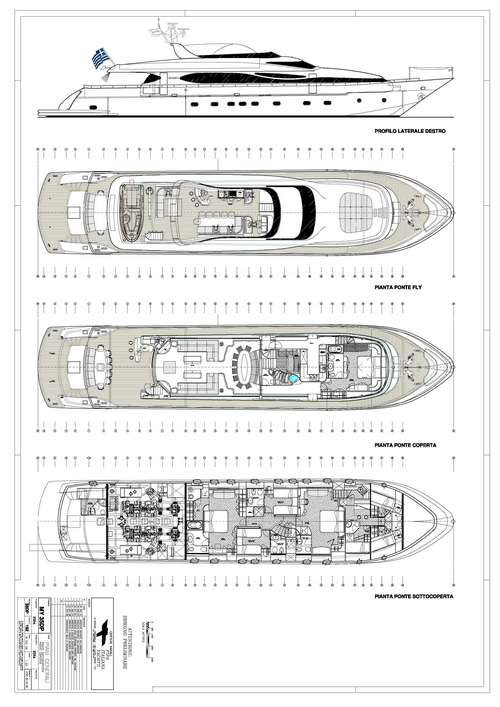 Fishing & snorkeling equipment will also be on board as well as Playstation with several games.

Location Details: Based in Athens, Greece
6.5% *Reduced VAT Valid until 30th of September 2021

Location Details: Based in Athens, Greece
6.5% *Reduced VAT Valid until 30th of September 2021

Captain Nikos holds an A Class Diploma. From 1977 until 1986 he served onboard merchant vessels and then continued his career as a Captain onboard charter yachts. For the last 20 years he has been with the same owner as captain on M/Y NEVER SAY NEVER (Ferretti 80 RPH), M/Y PARIS A (Maiora 31DP) and has followed up the development and construction from A to Z of the latest M/Y PARIS-A (Maiora 35 DP). Nikos is married with two children. He speaks fluent English and a little Italian, he has a diving license and his hobbies include fishing and water sports. His long experience in the Mediterranean, Aegean and Ionian Sea is a valuable asset.

Vassilis graduated from the Greek Merchant Marine Academy and is a fully certified A class engineer. He holds several diplomas, all necessary safety certificates and a speed boat license. He began serving at sea in 2000 on board merchant vessels and cruise ships and only recently switched to the commercial yachting industry. Vasilis speaks fluently English, has a friendly personality and in his spare free time he enjoys football, walking and playing his bouzouki instrument.

Dionisis graduated in 2005 from Le Monde, Institute of Hotel and Tourism Studies and holds a diploma in culinary Arts. After finishing his apprenticeship he extended
his expertise in international and Greek cuisine working in top-tier restaurants and since 2007 has been working in the luxury yacht industry on both commercial and
private yachts. Dionisis is a very creative, reliable and organizational chef and holds two awards from Chef competitions at international yacht shows. He can customize a menu for any occasion or dietary preference, always adding his creativity and personal touch to his dishes. He has a friendly and warm personality, speaks English and in his spare free time he enjoys quality time with his family. His hobbies are swimming and fishing.

Sofia began her career as an assistant microbiologist. In the early 2000 her love for the sea and the Greek islands led her to become involved in yachting. She began as a stewardess on the owners smaller yachts (M/Y NEVER SAY NEVER and M/Y PARIS A) and since 2009 continues her career on the latest Maiora 35DP M/Y PARIS-A.
Sofia provides an excellent service and is highly skilled in five-star hospitality to meet the guests’ expectations, various services styles and smooth operation of
the interior department. She speaks English and a little French and holds a certificate in First Aid, Firefighting and Lifesaving. Sofia has a nice, warm
character and in her spare time she takes pleasure in listening and playing classical music, swimming and reading.

Aggelos was born and raised in Greece and graduated in 2017 from the IIEK-Diplareios School in Athens. He holds a bachelor degree in Hotel Management/Administration.
His work experience since 2013 as a garcon include elite clubs, restaurants and 5 star hotels. He joined M/Y PARIS-A in 2018 and his love of the ocean and professional
approach in combination with his friendly and fresh personality make him a positive asset to our team. His ambition is to provide the highest level of service and provide all guests a unique and memorable time on board. His skills include discretion, confidentiality, five-star hospitality and creative flair. Aggelos speaks English and French and holds a certificate in First Aid, Firefighting and Lifesaving. In his free time you will find him playing football and swimming.

Andreas graduated in 2008 from the Moldova State University at the Department of International Economics. Like his father, who’s a dedicated seaman for many years, he has a big interest and love for the sea. At the end of 2008 he started as an assistant steward on board private M/Y Carpe Diem. Early 2010 he joined the crew on board
M/Y PARIS-A and has been with us since. Andreas holds a speed boat license and speaks fluently Russian, Romanian and Greek. He is very committed to ensure both
security and comfort to our guests. Andreas is married and has twin boys. His favorite hobby is football.

Fishing & snorkeling equipment will also be on board as well as Playstation with several games.