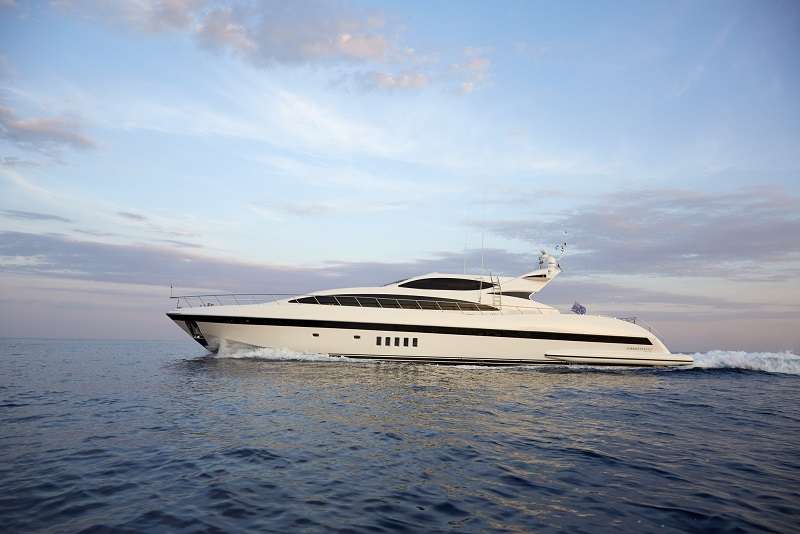 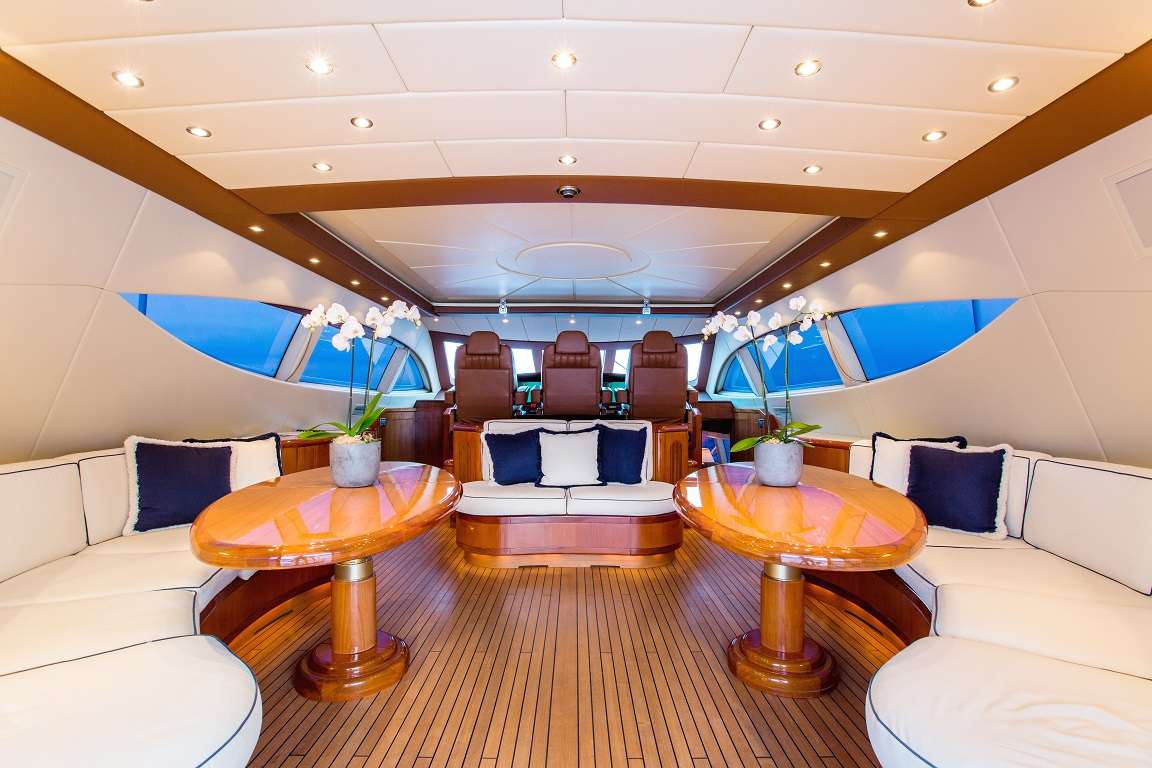 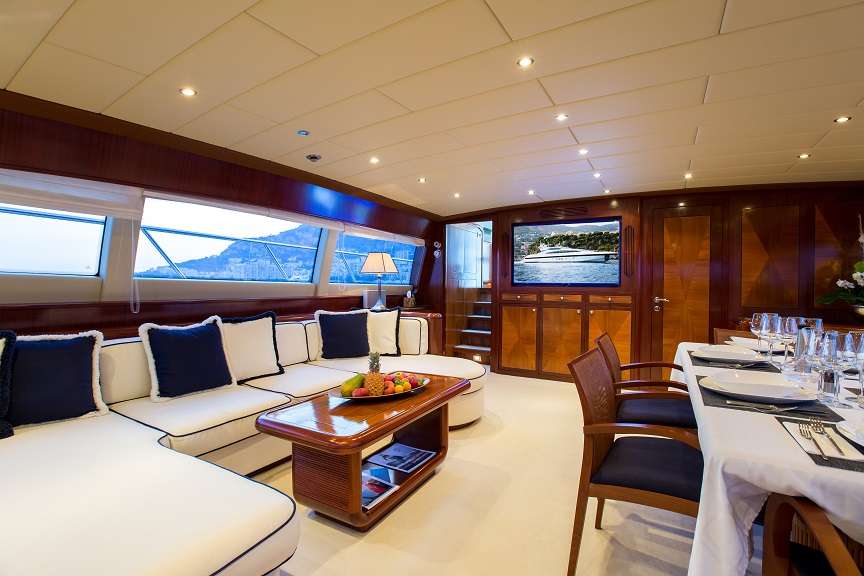 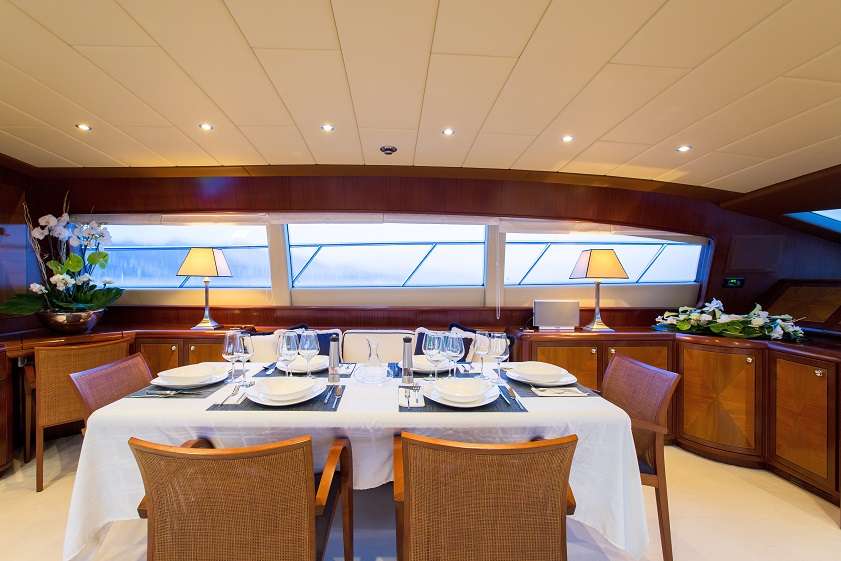 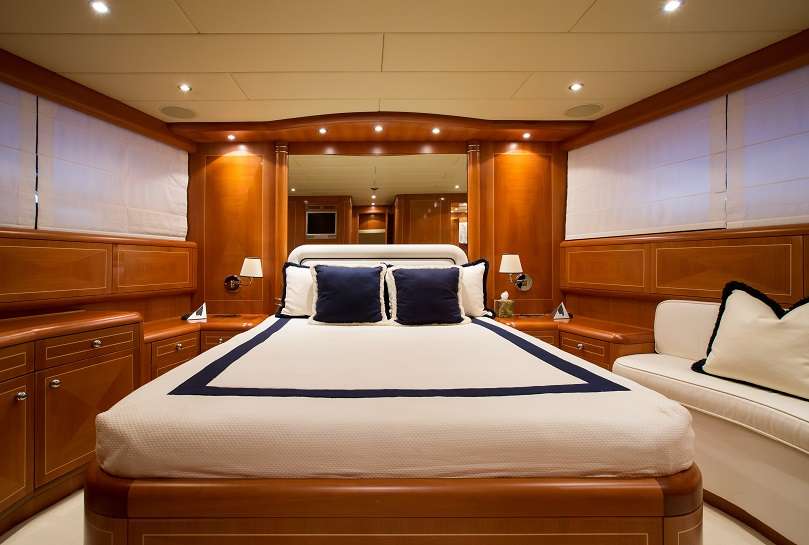 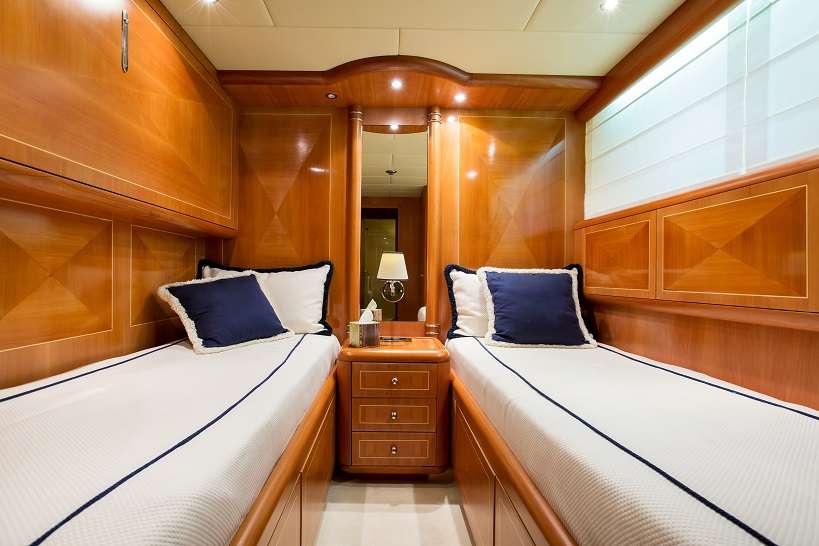 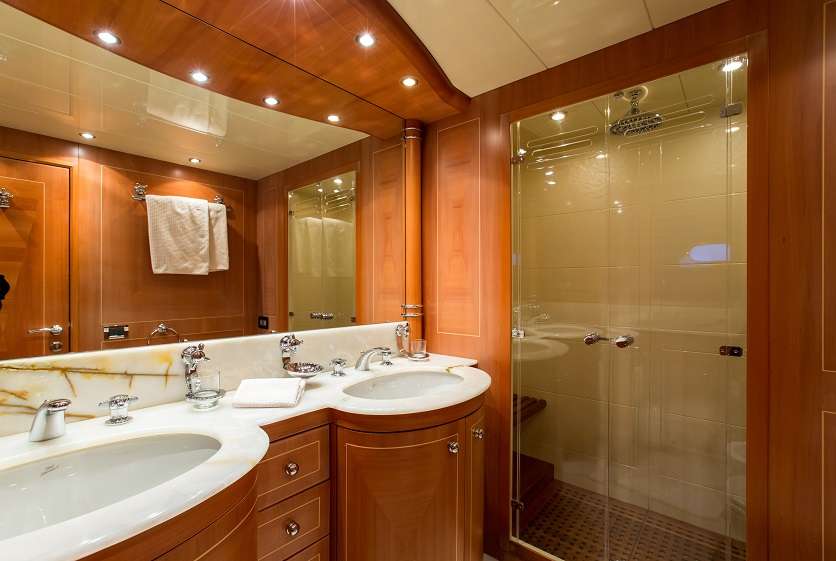 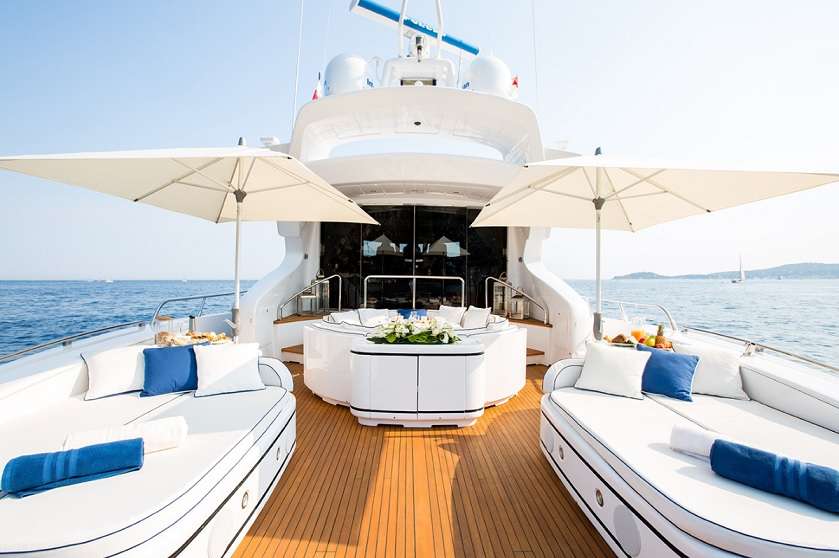 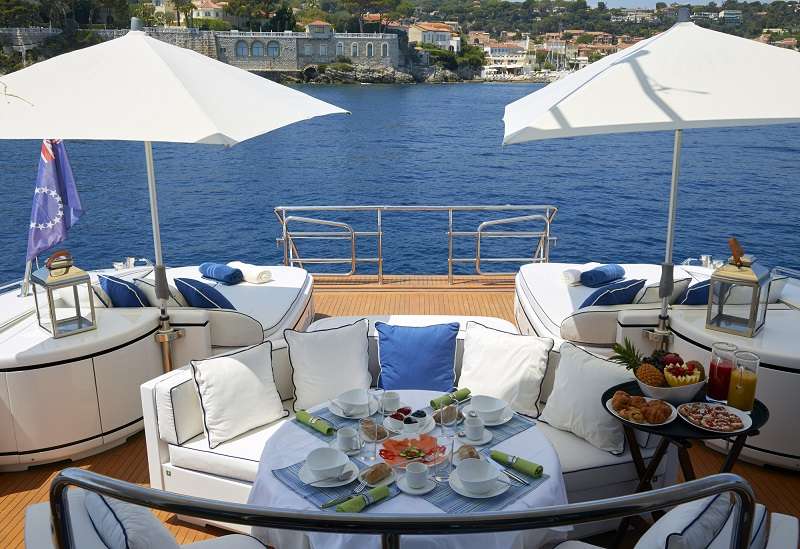 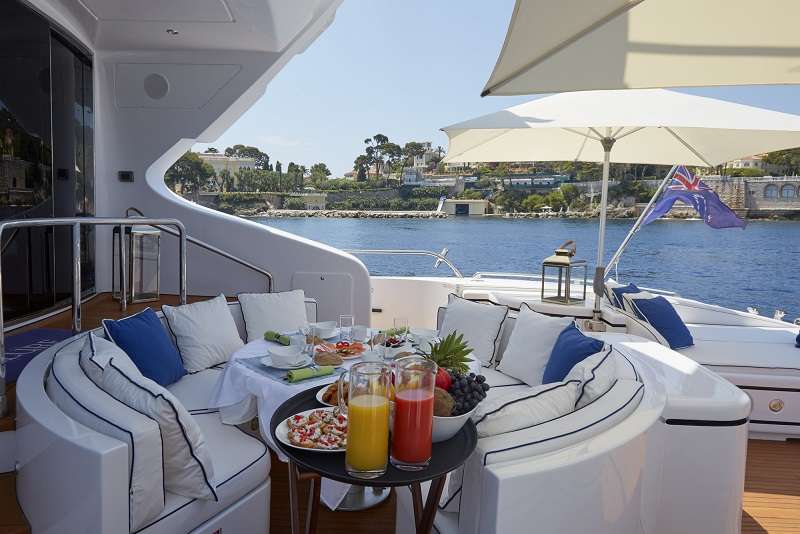 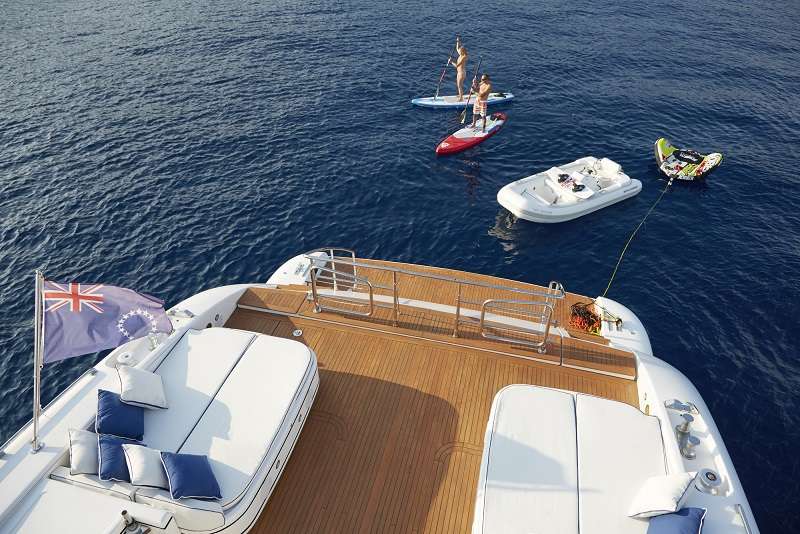 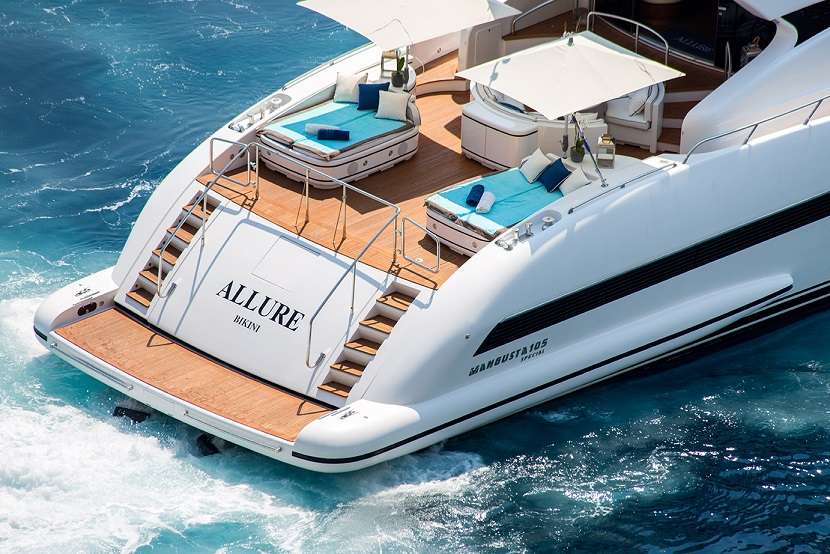 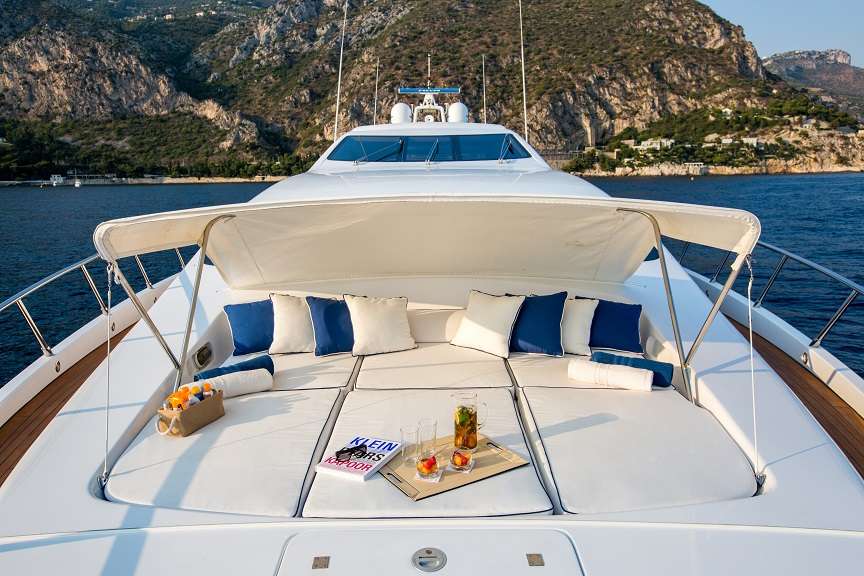 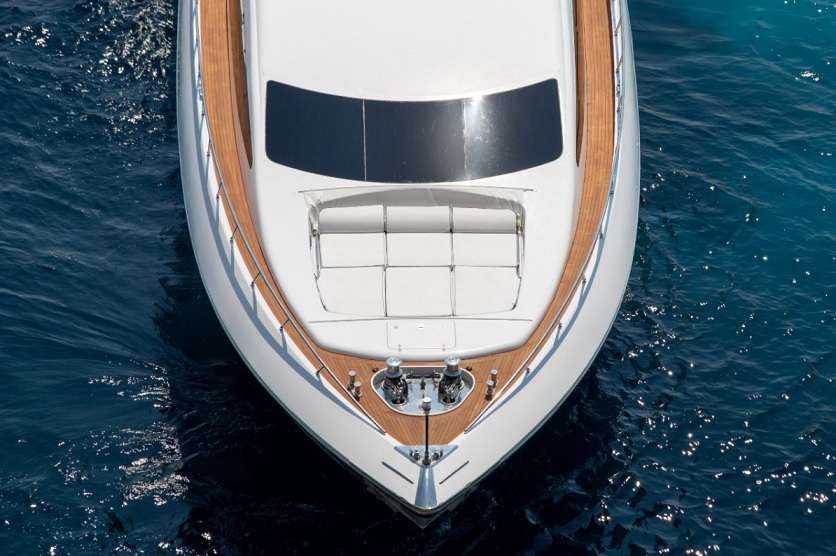 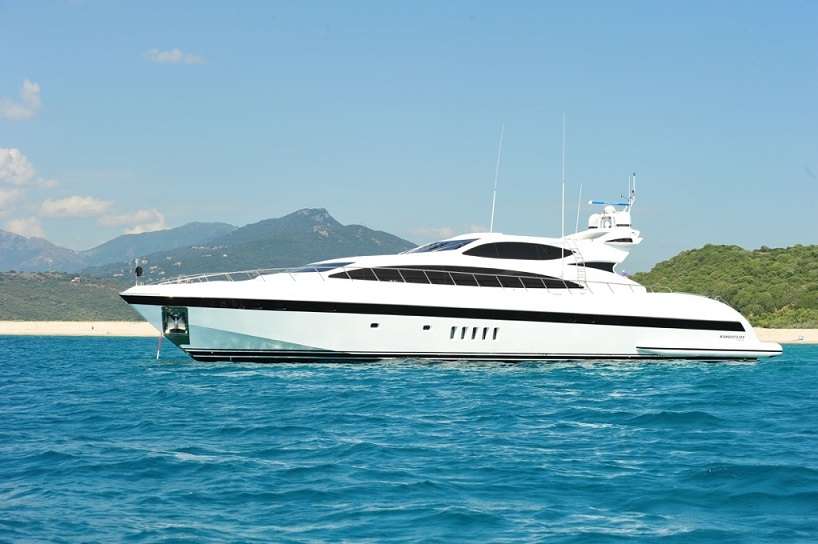 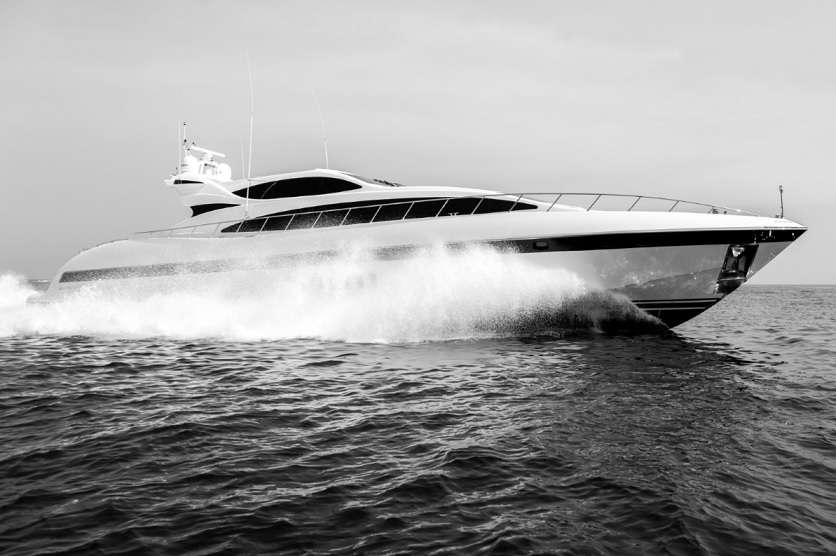 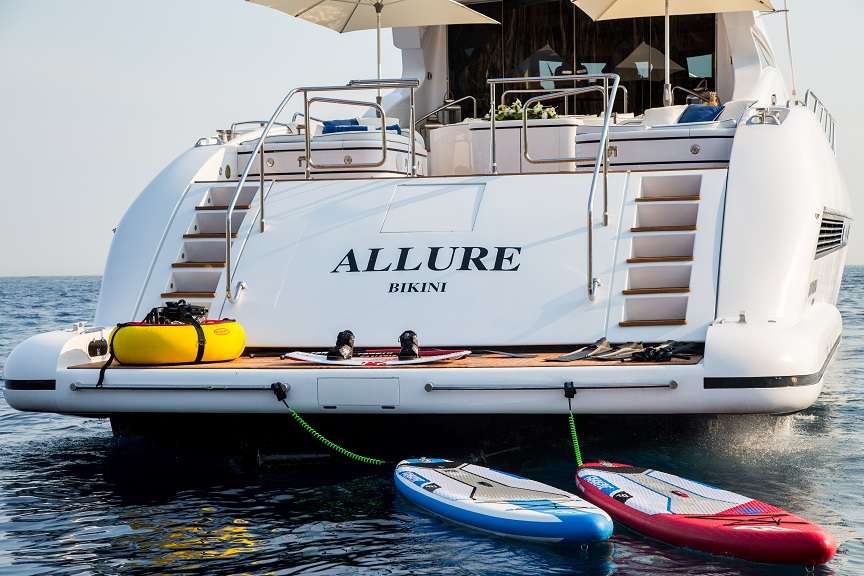 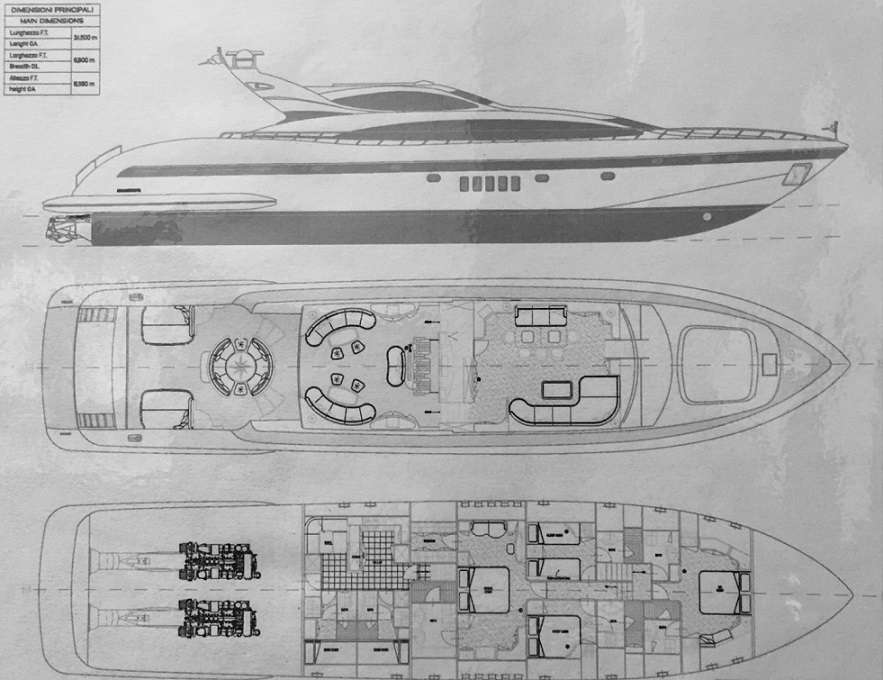 Captain Rachel Staddon was born in Plymouth, United Kingdom, and grew up on a dairy farm just a few miles from the ocean. As a child, she was fascinated by her dad fixing things in his workshop, so when she started working on boats, she found herself in the engine room, and can now fix most issues. She has now been yachting for four and a half years, starting as a stewardess but quickly realizing that she would rather be outdoors. She is known for her friendly demeanor, positive attitude and fun spirit. When not working at sea, this adventurous soul enjoys yoga, longboarding and working out.

Sarah Vaughan was born in Papua, New Guinea and grew up in a small country town north of Hobart, Tasmania. Her culinary style is heavily influenced by her hometown, renowned for its fresh produce and seafood, cool climate wines and whiskey. Her approach to cooking focuses on local, in-season ingredients that capture the flavors of a region. Before starting her career in yachting, she worked in some of Hobart’s finest restaurants and cafes, including the Islington Hotel. She was also chef for the Governor of Tasmania, creating meals for high profile guests, such as China’s President, Xi Jinping. Her love of the sea and experience providing high-level service brought her to the world of yachting. Sarah is a very active person who enjoys sports on both water and land, like hiking, wakeboarding, snorkeling, fishing and team sports. She also enjoys the arts, especially concerts and festivals. While Tasmania is close to her heart for its rugged landscapes, Sarah’s travels have taken her to Bariloche, Patagonia, Cape Town, Nazare and Mallorca. Now, she is very excited to explore the Bahamas as ALLURE’s chef.

Fiona hails from Oxford, UK and grew up in a small country village next door to a farm. She has a degree in television production, but has worked in the hospitality industry since she was 14. Following a few years in event management in London, she moved to Australia and fell in love with the sea. She spent two years working on a dive boat in the Great Barrier Reef before moving to the yacht industry, and started her career on superyachts in the Mediterranean and the Bahamas. Her passion for diving started when she was still at home in the UK, and started her PADI training in Northern England’s Coldwater lakes. She also loves reading, snorkeling and wakeboarding. Now, this friendly, bubbly Stew has joined the crew of ALLURE.

Born and raised in Plymouth, England, Paul Nelson grew up in the city but loved to hike the great outdoors. Prior to embarking on a yachting career in 2012, Paul spent more than a decade as a dive instructor on both small and large vessels. He also spent six months sailing liveaboards, delivered a yacht across the Pacific, and worked as a white boat captain for a luxury island resort in the Bahamas. When not at sea, Paul enjoys hiking, rock climbing and solo travel. His favorite place to be in the world is under water, where you’ll find him cave diving or teaching others how to scuba dive. He is happy to bring his skills and enthusiasm to his role aboard ALLURE.