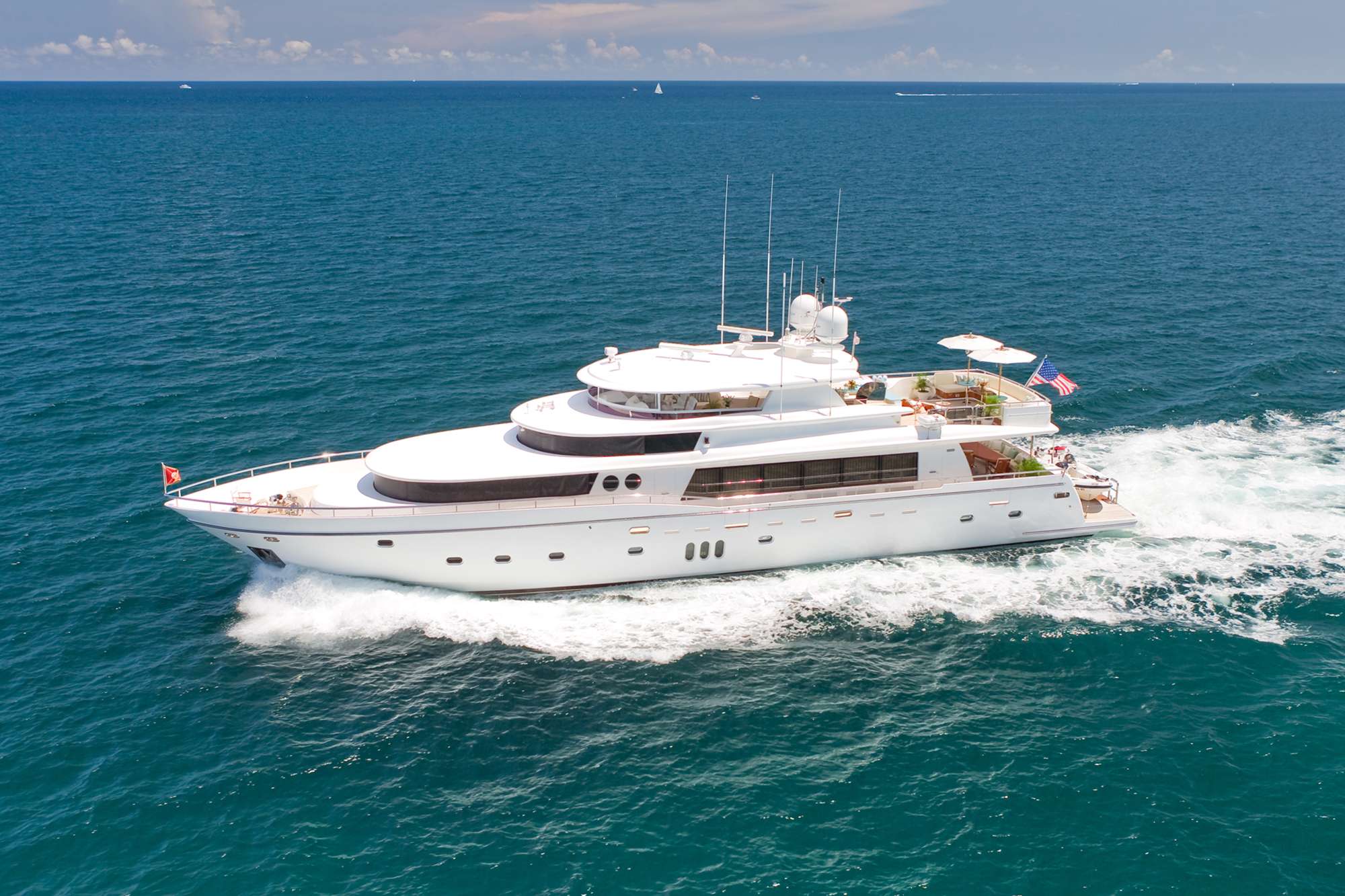 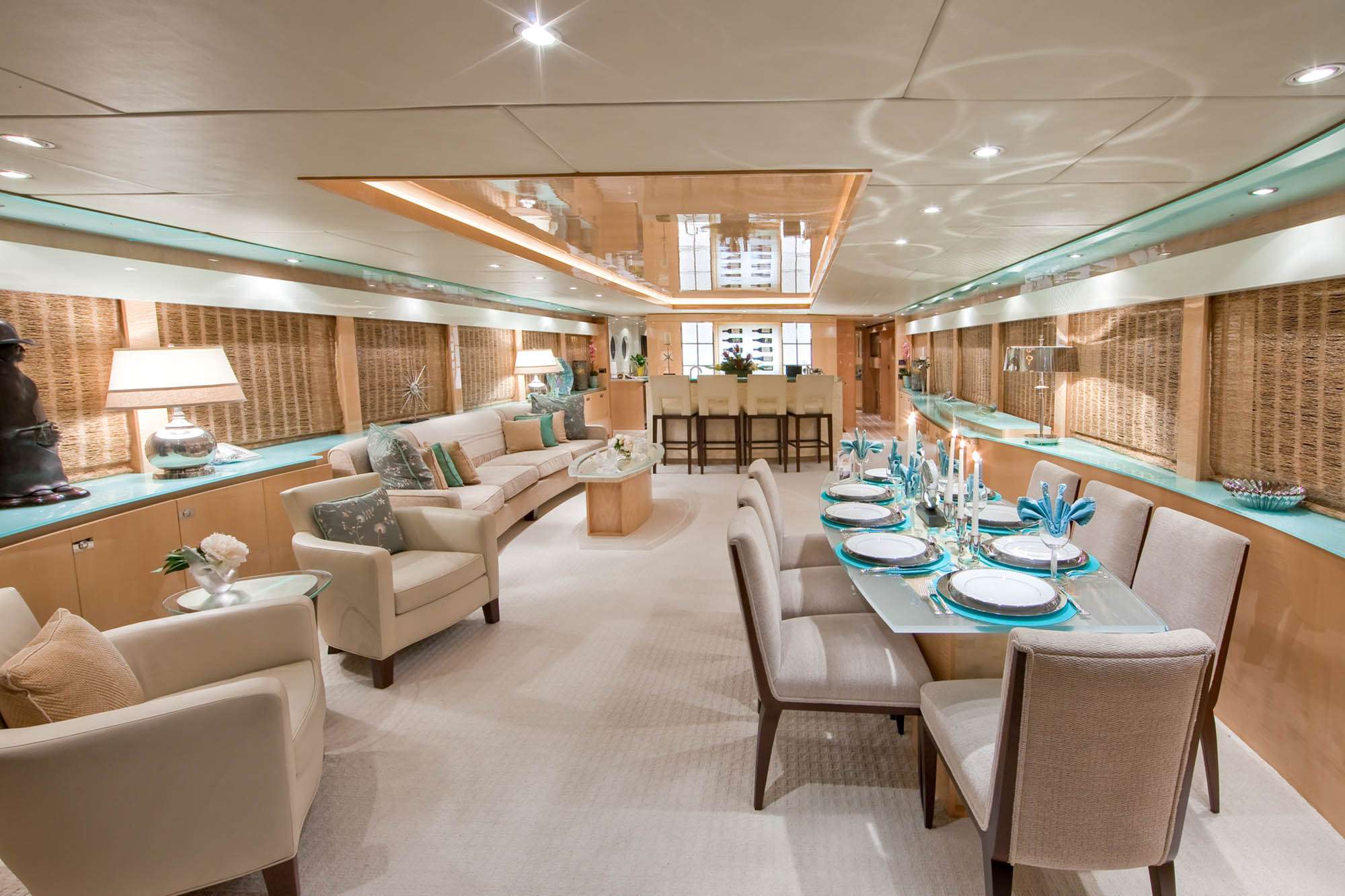 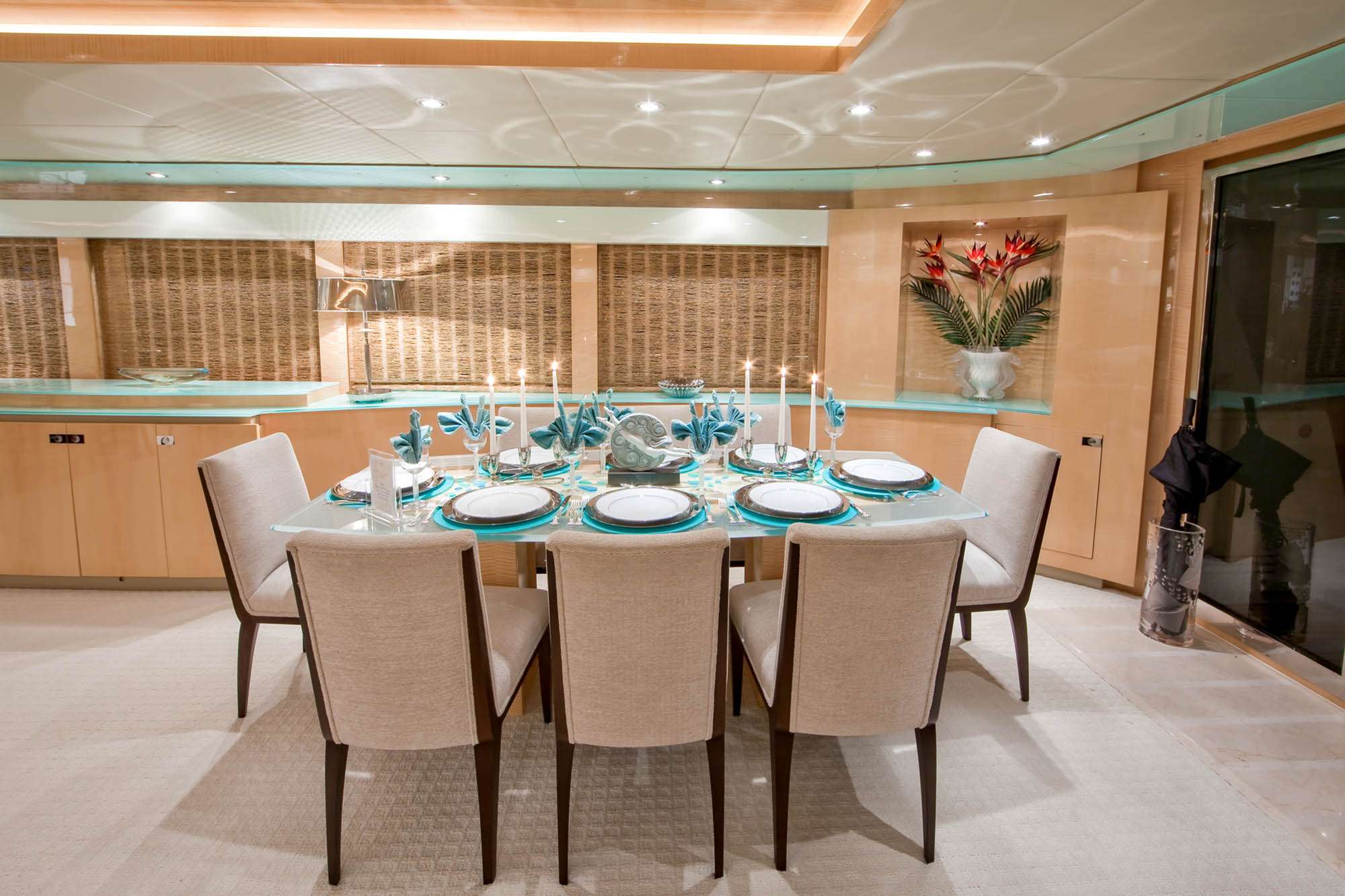 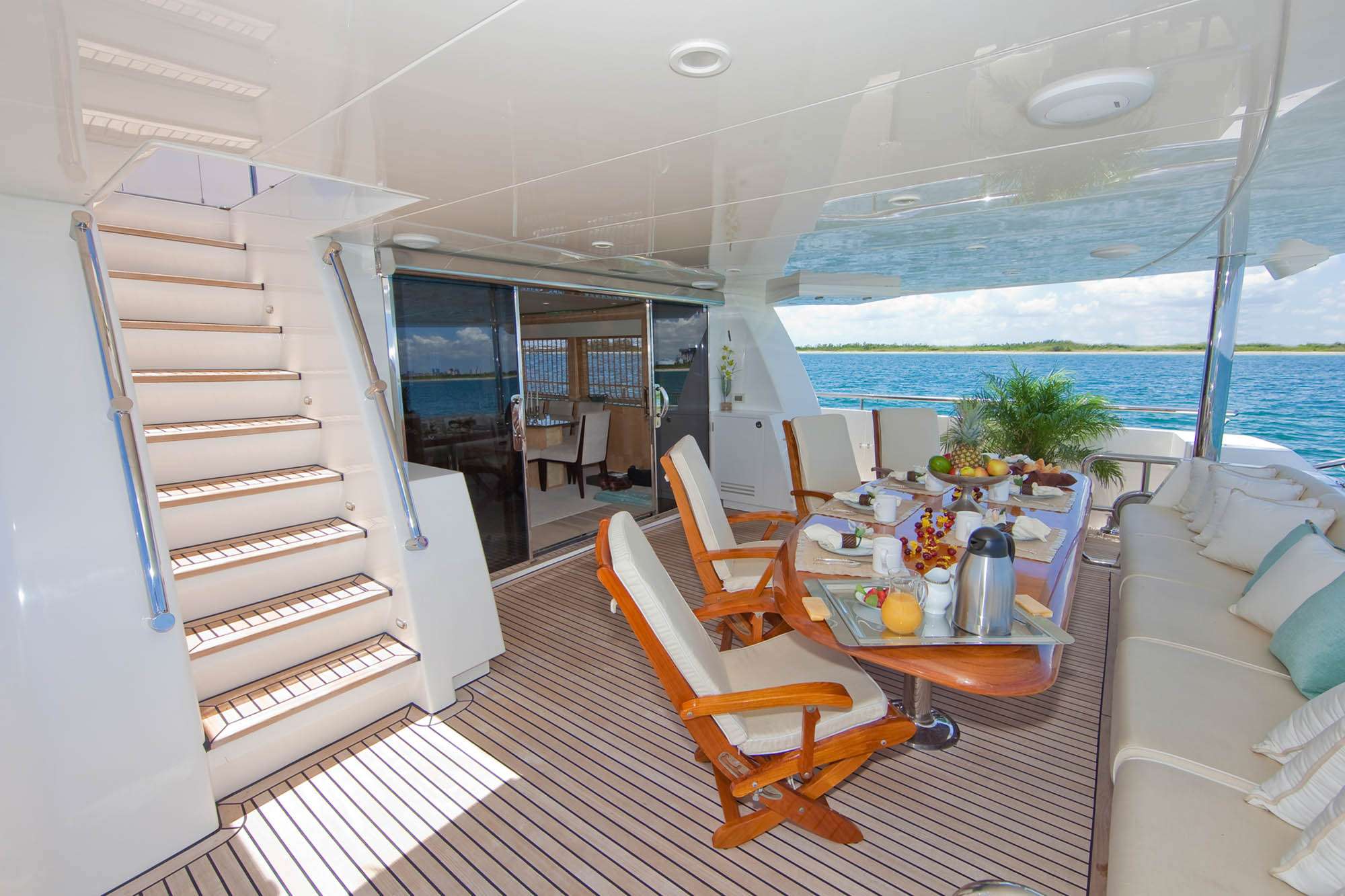 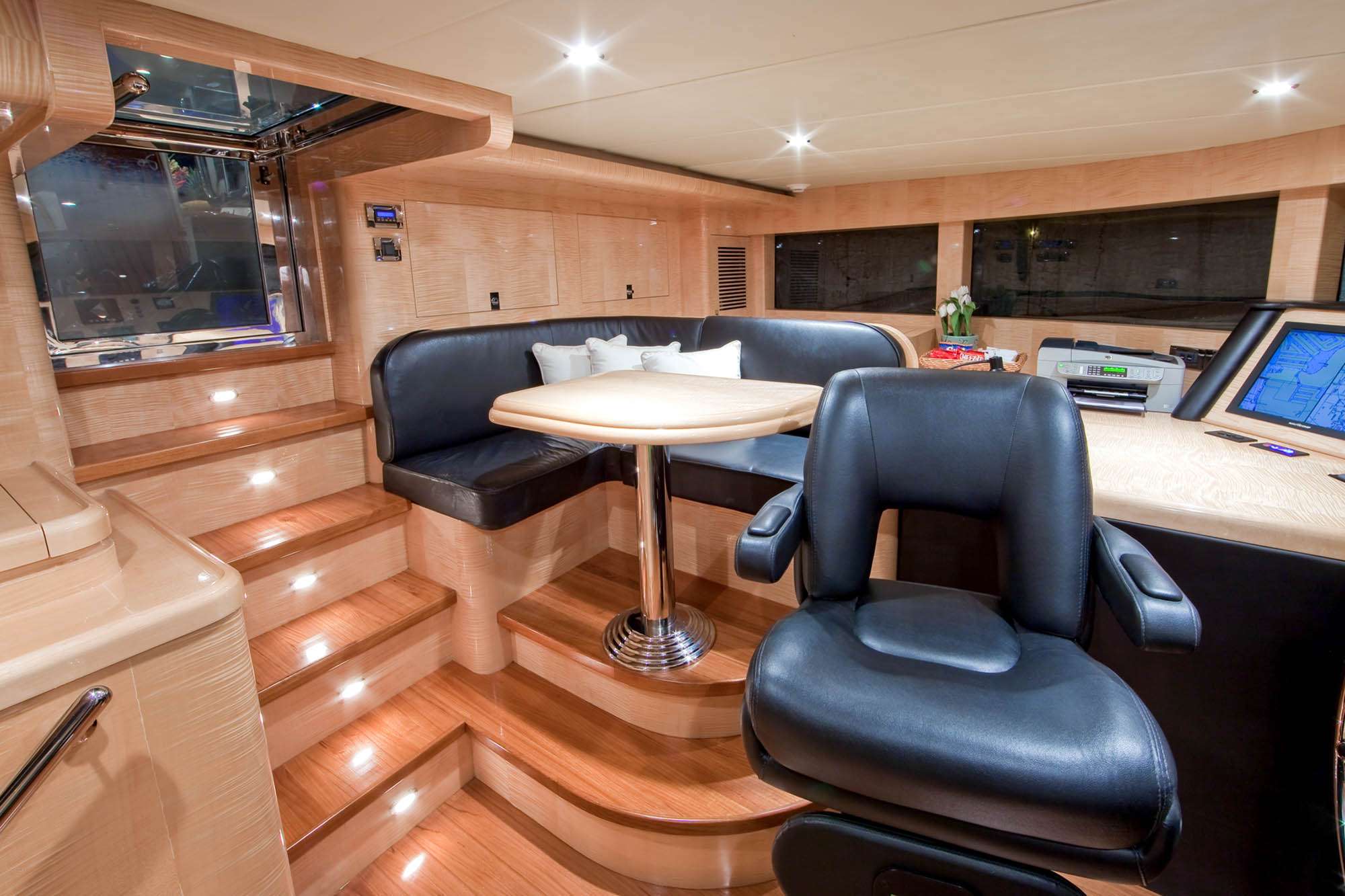 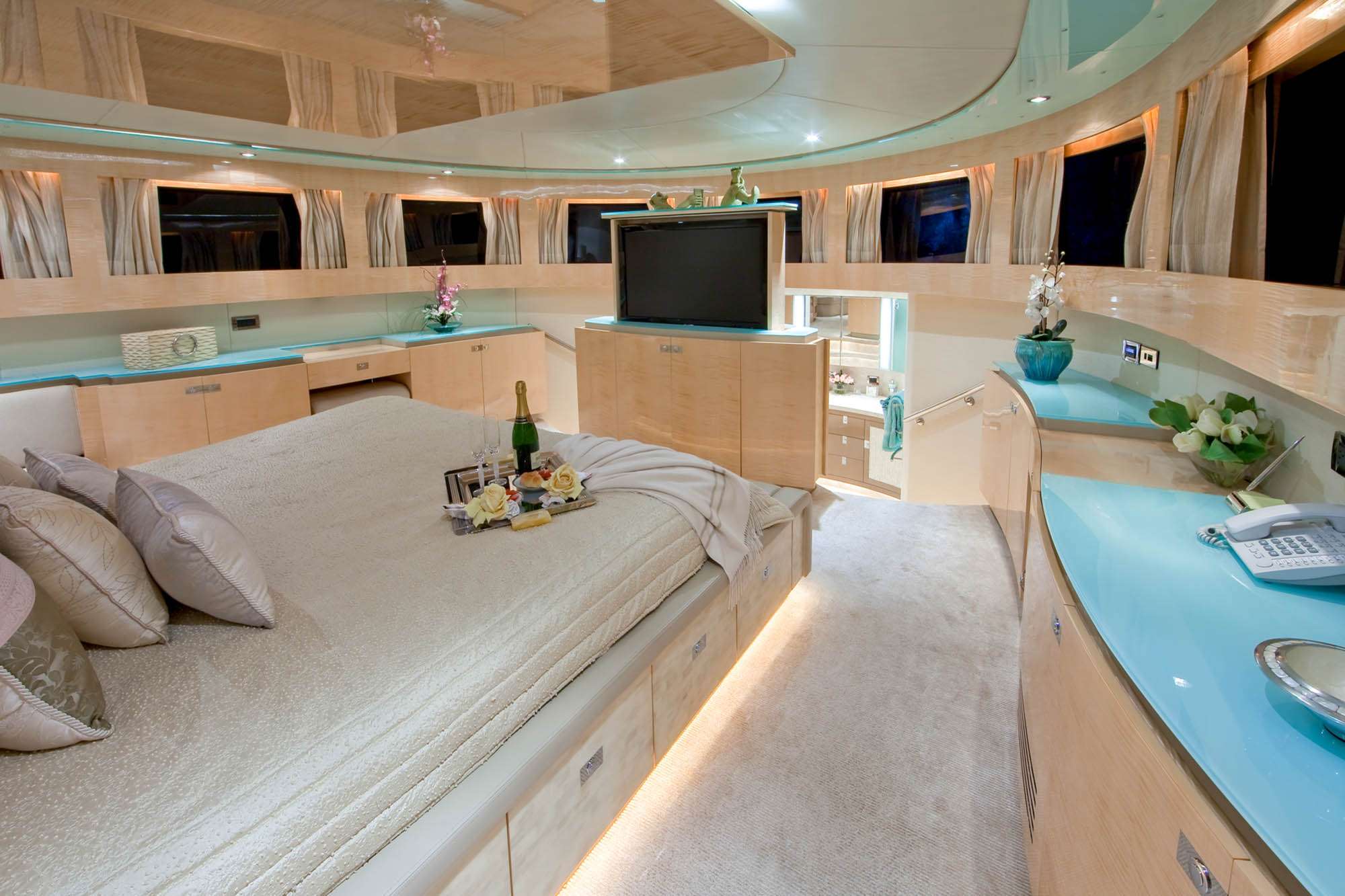 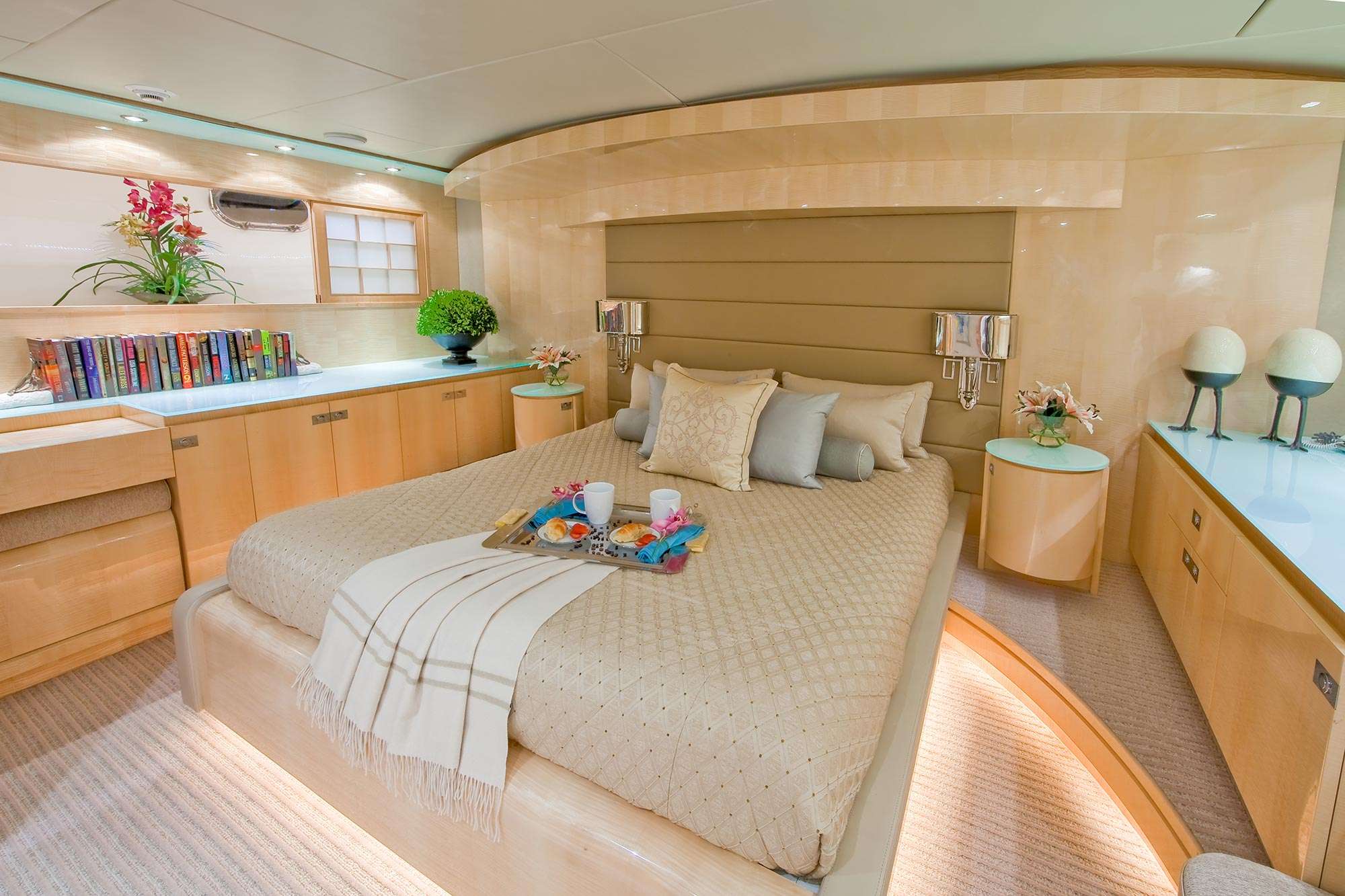 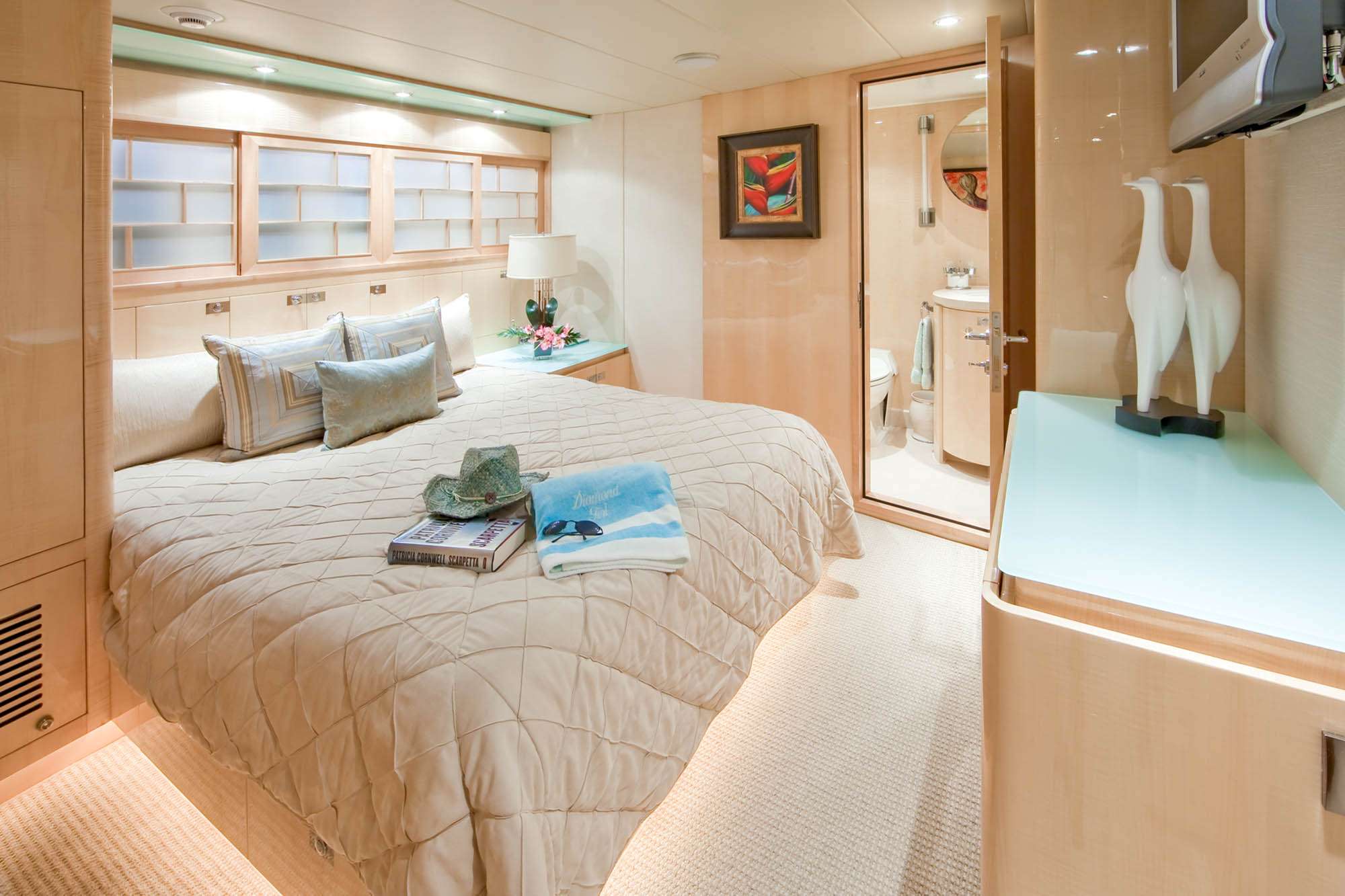 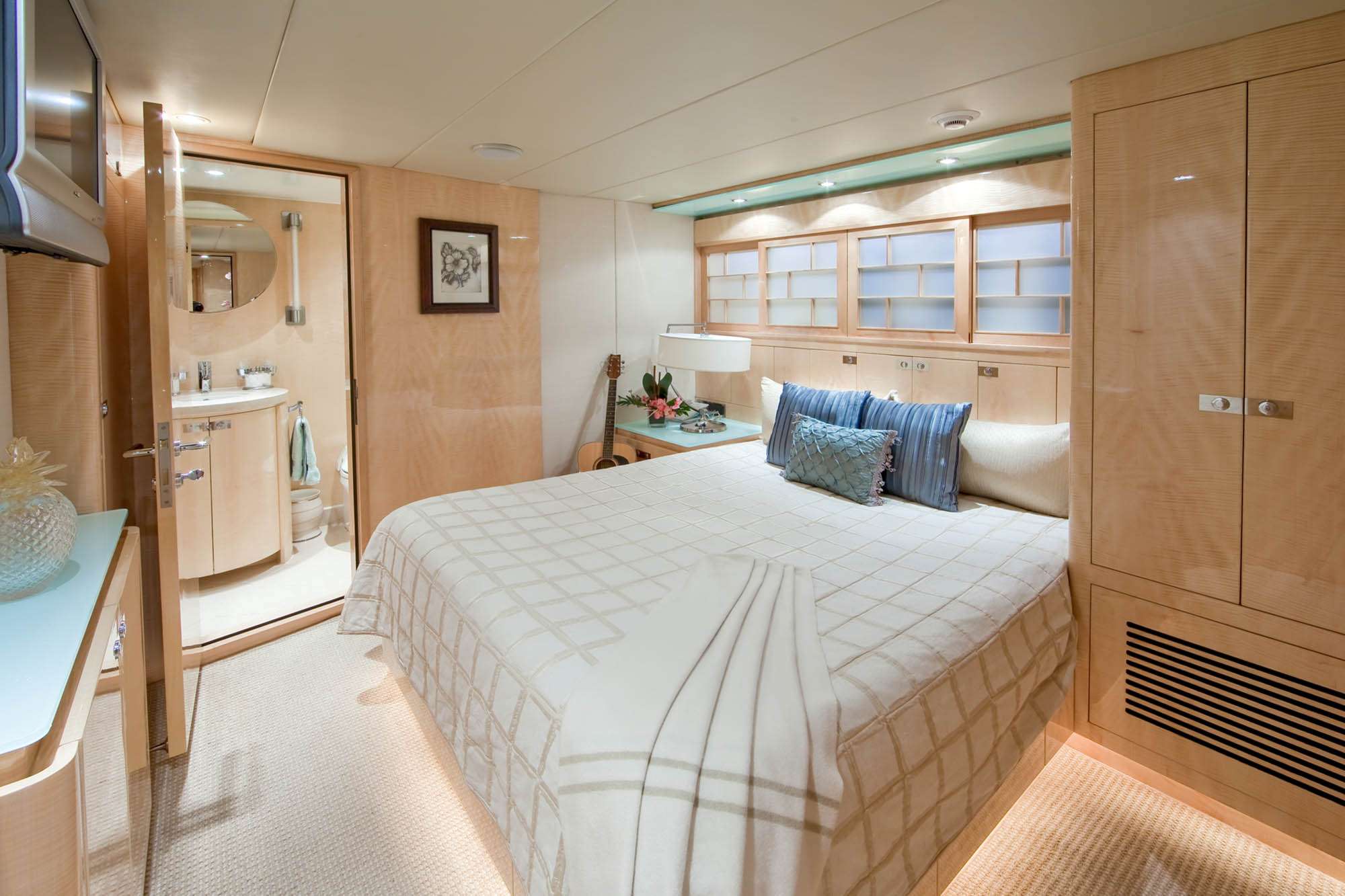 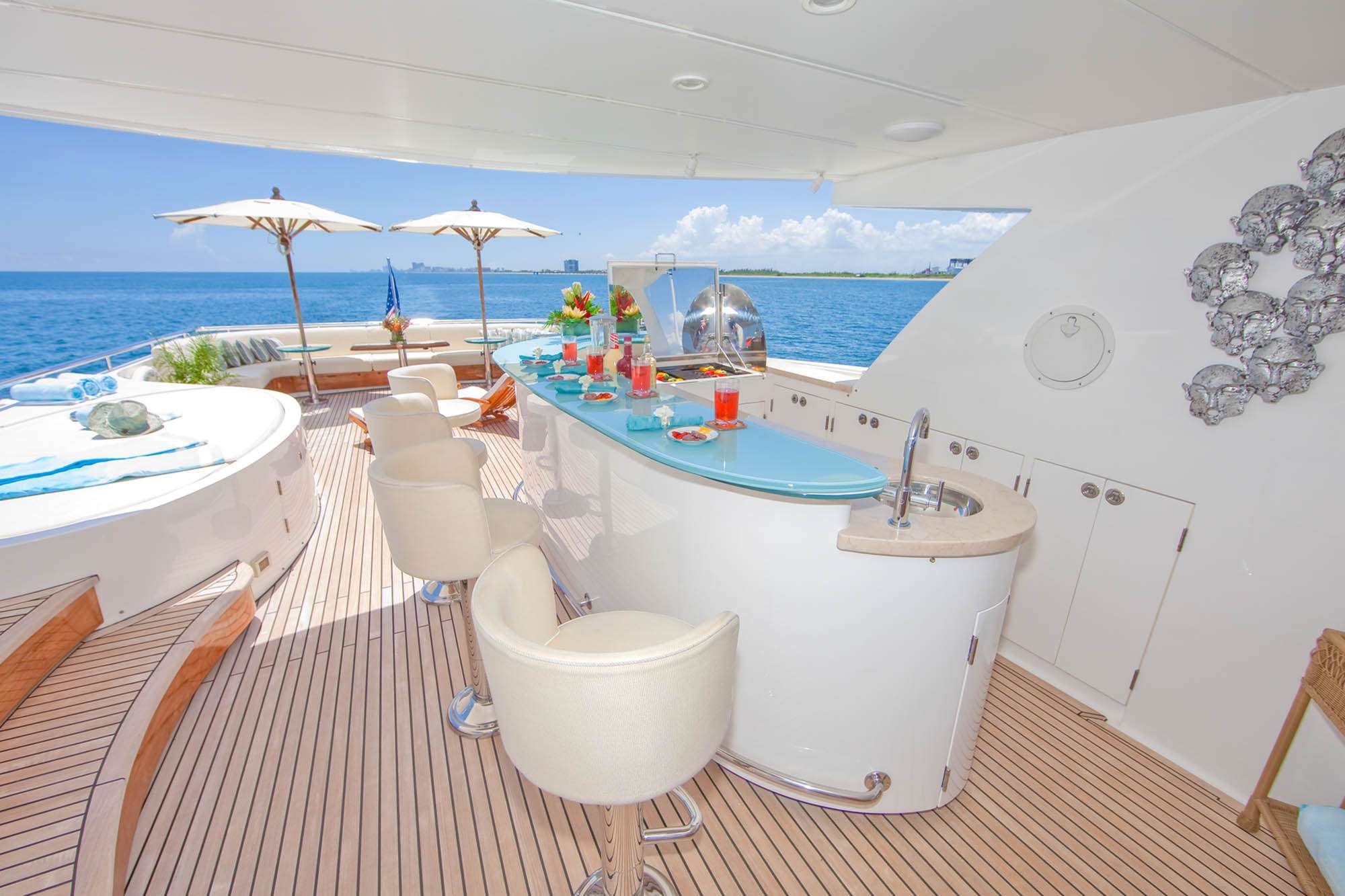 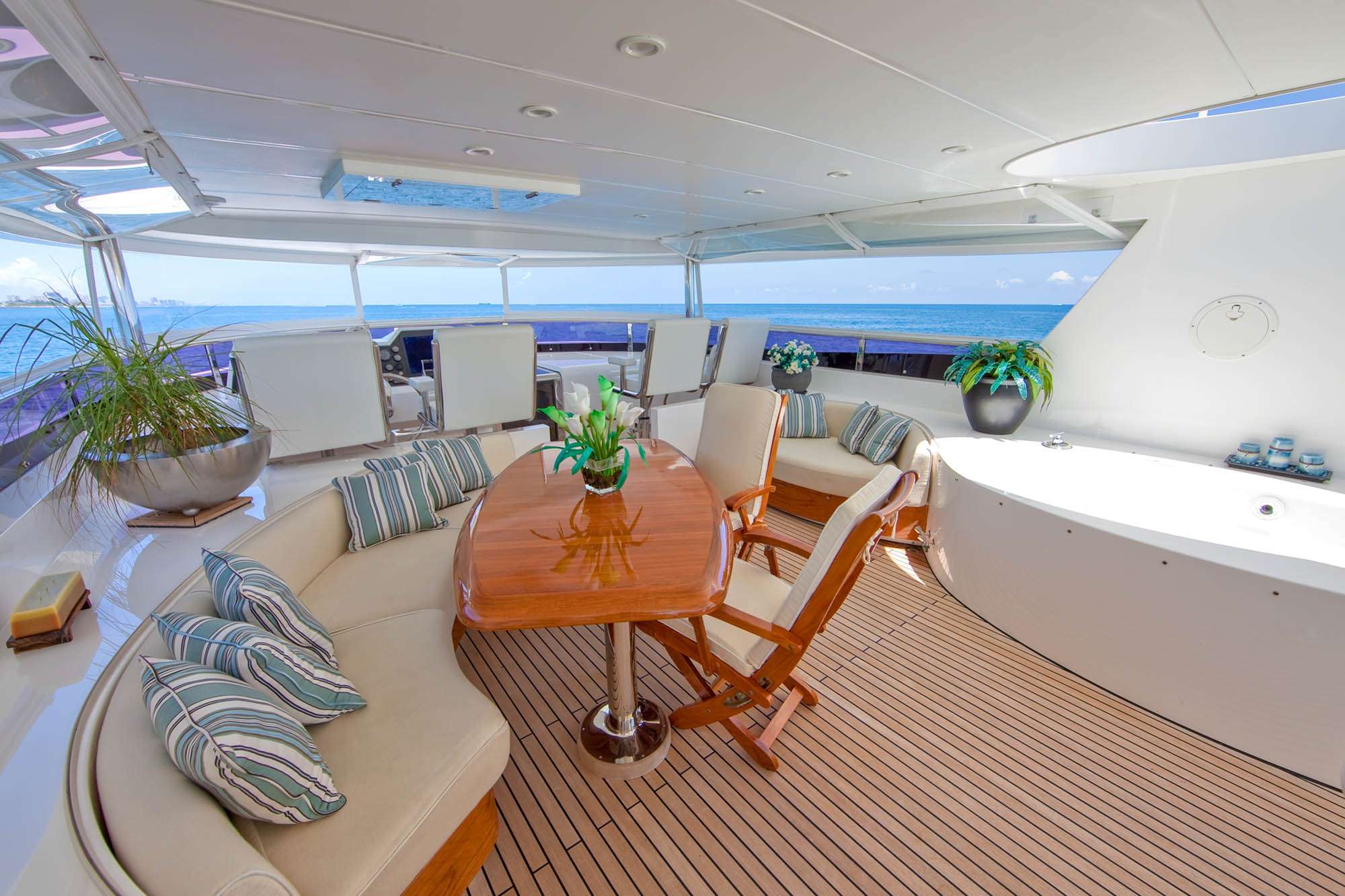 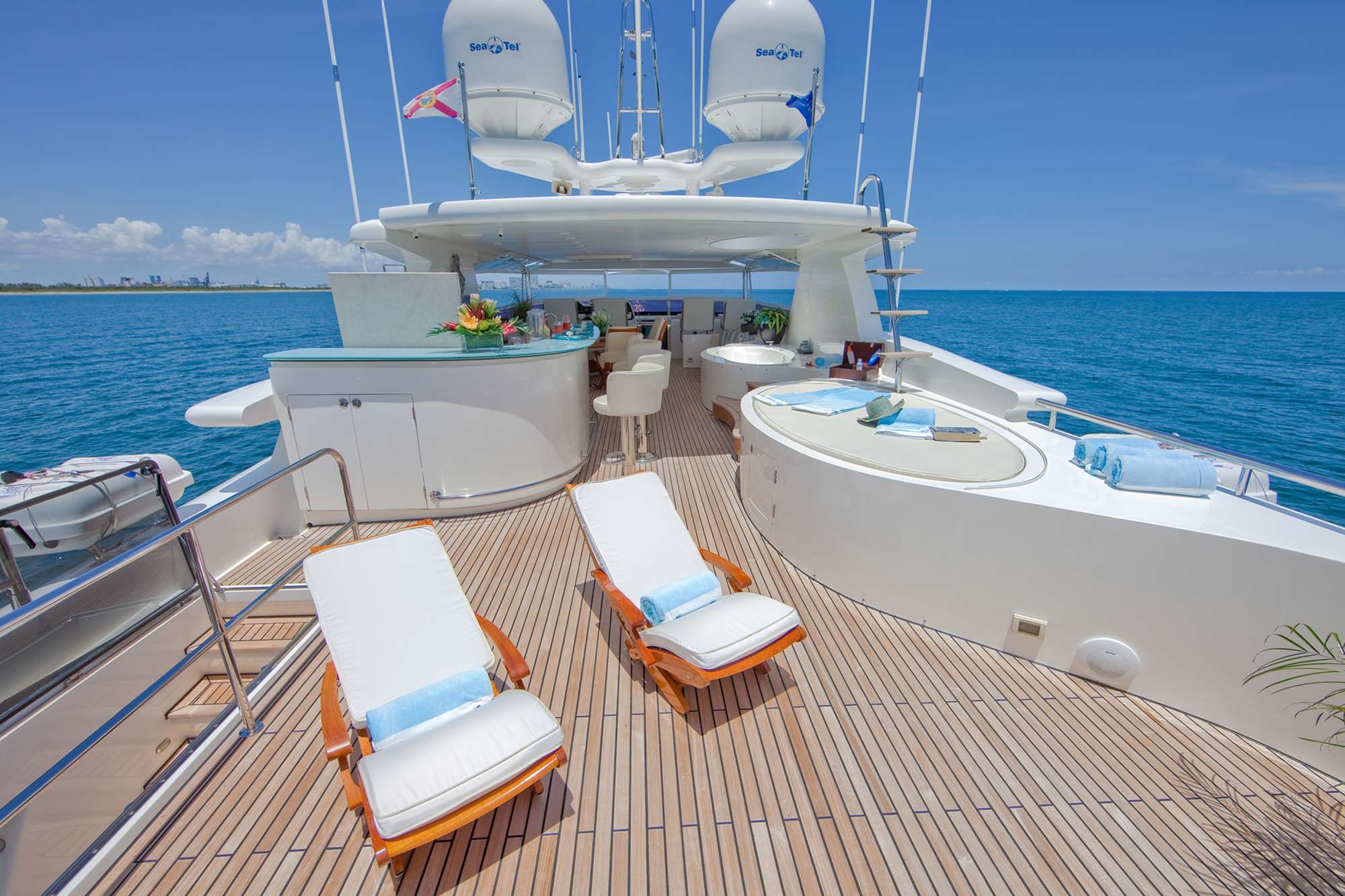 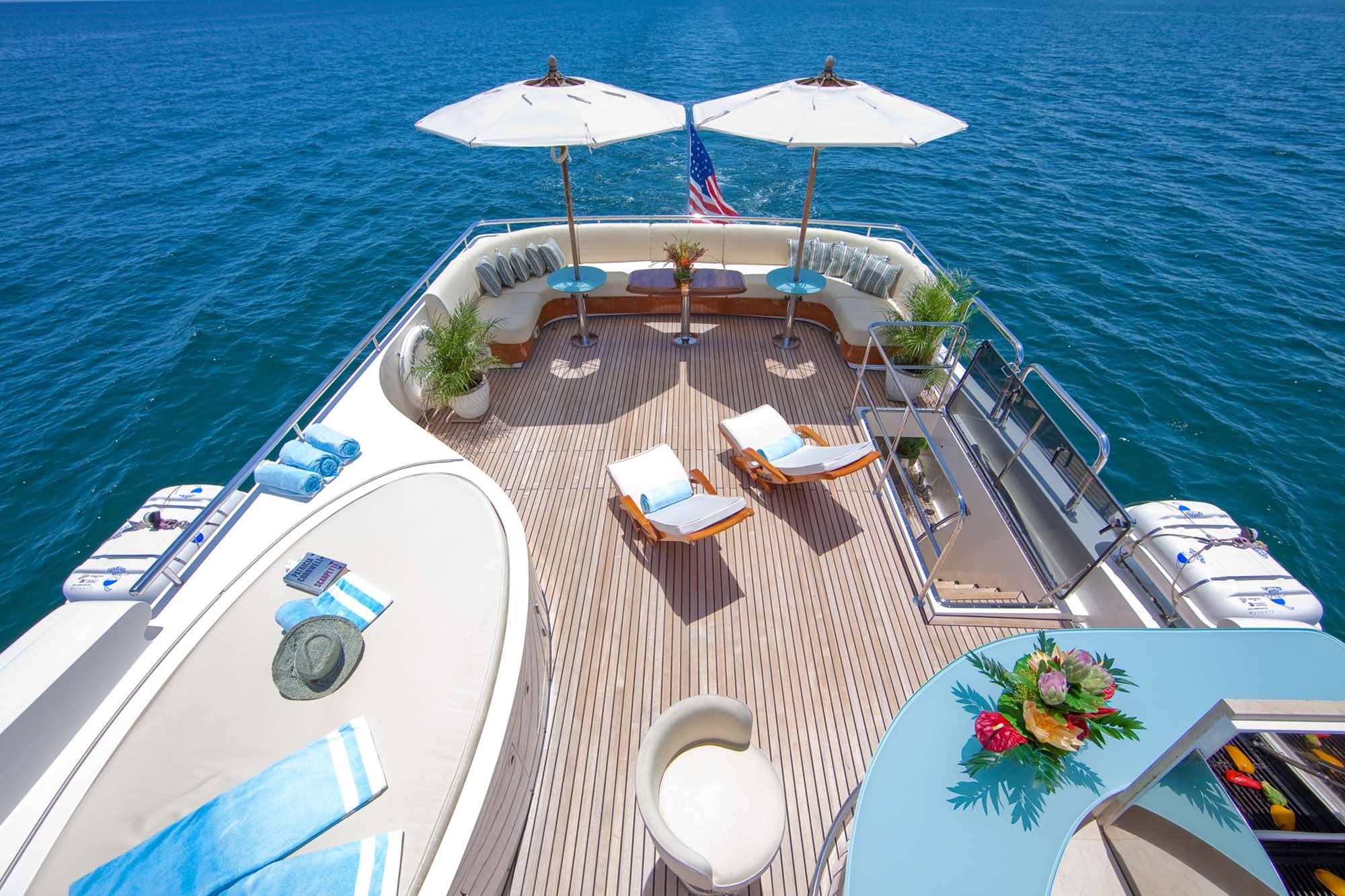 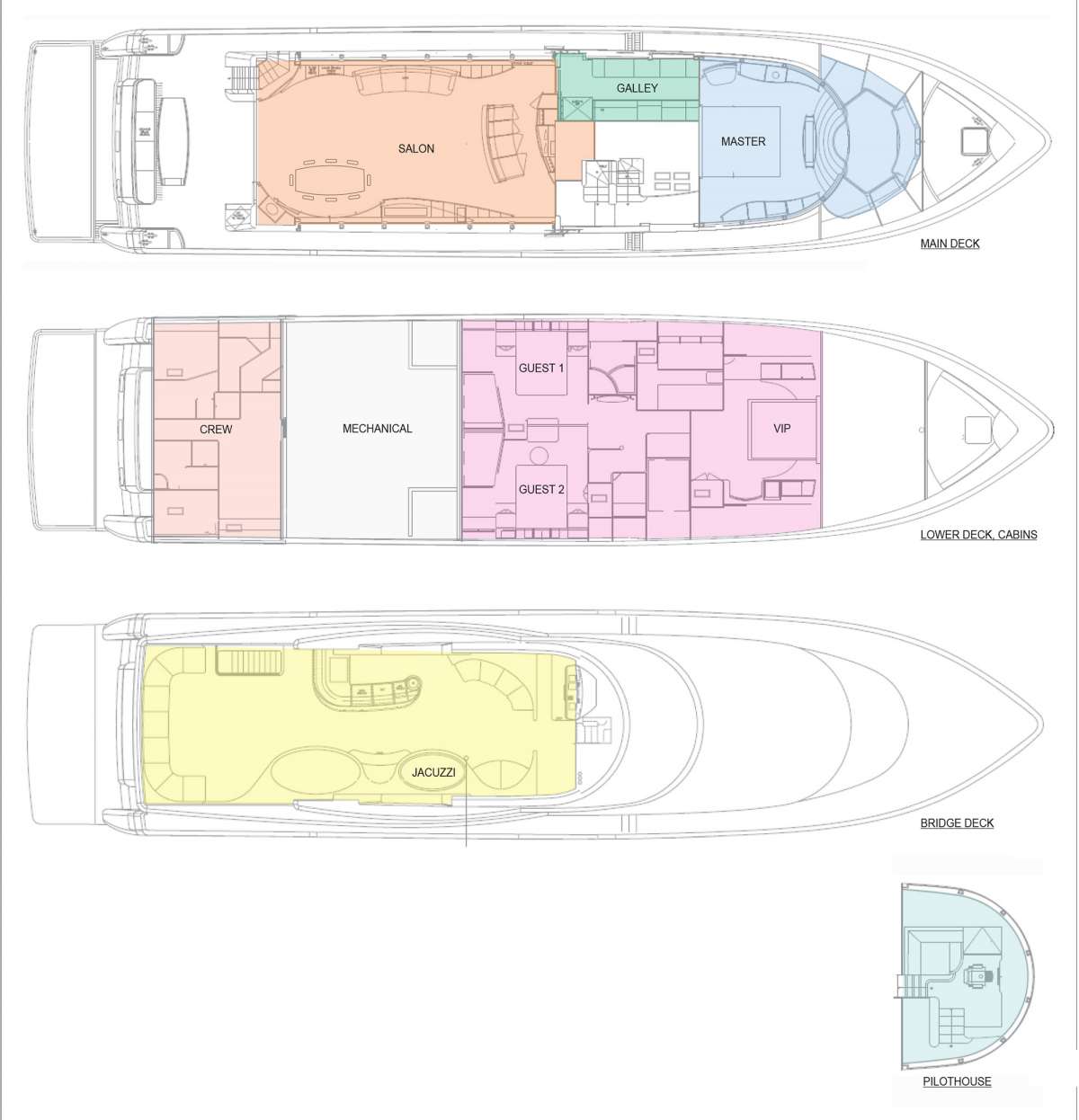 Each guest stateroom has a TV with DVD and individual satellite TV receiver.

Charters are limited to four staterooms total.
LORAX is fully air conditioned through out.
Crew has separate heads and shower.

Hailing from the small island of Saint Thomas, in the US Virgin Islands, Matt developed a passion for the ocean at a very early age. His boating career started immediately after school as he followed in his family’s footsteps becoming a commercial fisherman. From there he began running fishing charters across the US and British Virgin Islands.

A lifelong swimmer, Stevi is originally from Long Beach, CA. Her love for the ocean inspired her to pursue swimming at an early age culminating in a successful collegiate career as a competitive swimmer. Prior to yachting, Stevi worked in the hospitality industry for 5 years in several client facing roles. As a yacht stewardess, her competitive drive and passion means she puts heart into every charter and her goal always remains the same…to give guests the best experience possible with memories that will last a lifetime.

Tyler grew up in Oceanside, California and graduated from UC Santa Barbara in 2017. After university, he moved to Costa Rica where we worked as a travel coordinator and then as a PADI Scuba Instructor running dive trips out of Guanacaste in the NW. He joined the yachting industry in early 2019 which took him throughout the upper Caribbean, Florida Keys, and Bahamas. Tyler is an avid scuba diver and traveler, having been to over 25 countries on 4 continents by the time he was 21. He also enjoys playing guitar, cooking and practicing new languages.

Rachel originally comes from Tampa, Florida. She has travelled and studied extensively for her craft; spending over a month in Thailand, Bangkok studying Thai cuisine, and last year was living in Japan for 3 months studying Edomae sushi & cuisine to apply to her knowledge of Macrobiotic lifestyles. Her range is from molecular gastronomy to homemade gluten free pasta, or even a simple Sunday roast. In between busy charter seasons, Rachel spends her time continuing her education either at the Culinary Institute of America or with internships like at the Michelin starred restaurant Quatro Passi in Nerano, Italy. most recently she has been working in Ohio at the Chef’s Garden for agricultural sustainability and nutrition. Aside from cooking, Rachel has a passion for wine, having completed 1st level of Sommelier under the tutelage of Virginia Philip, the third female Master Sommelier in the world. 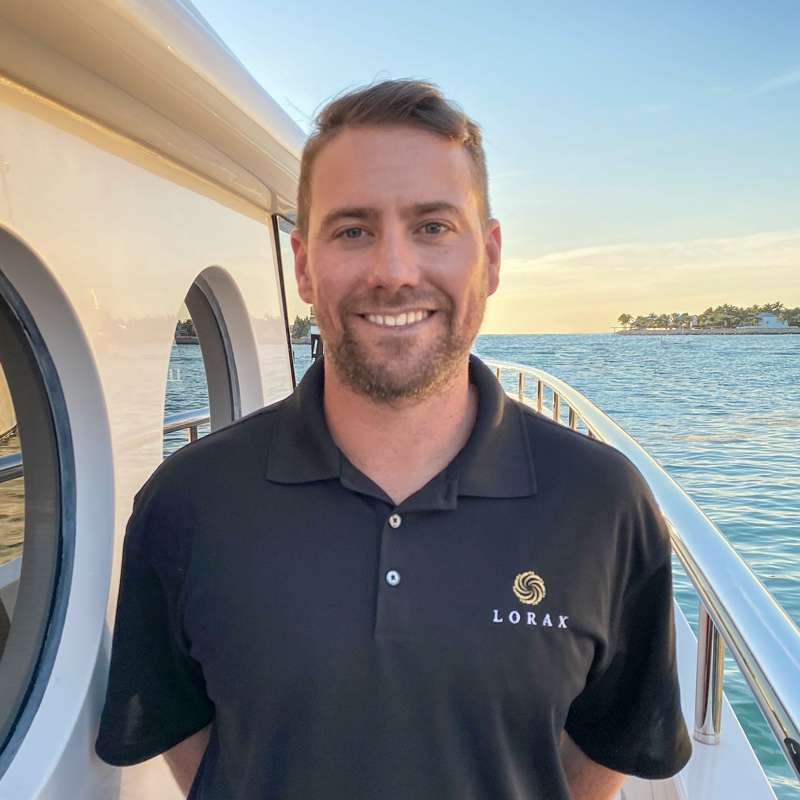 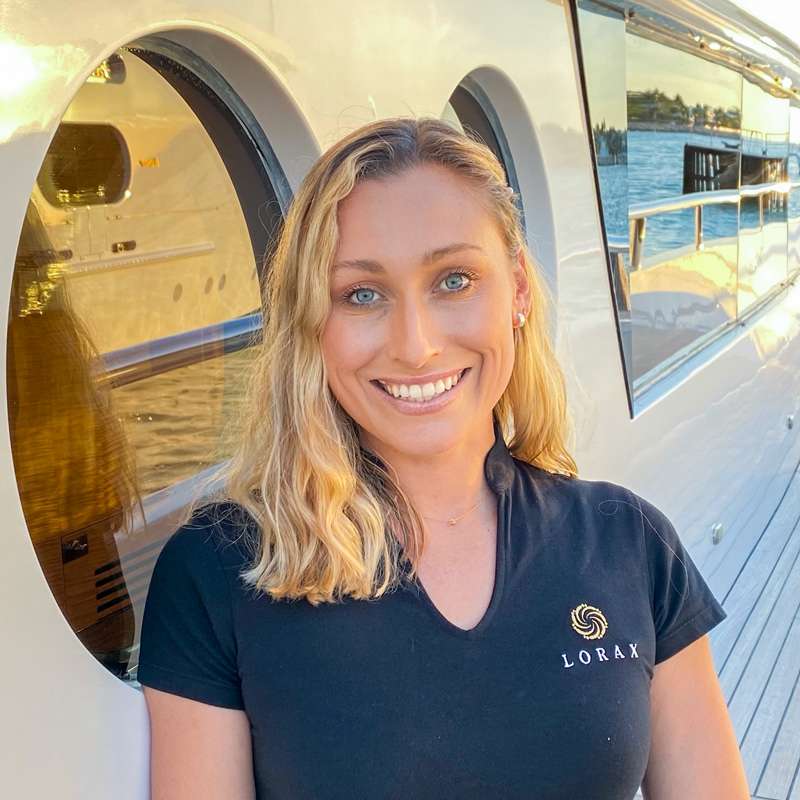 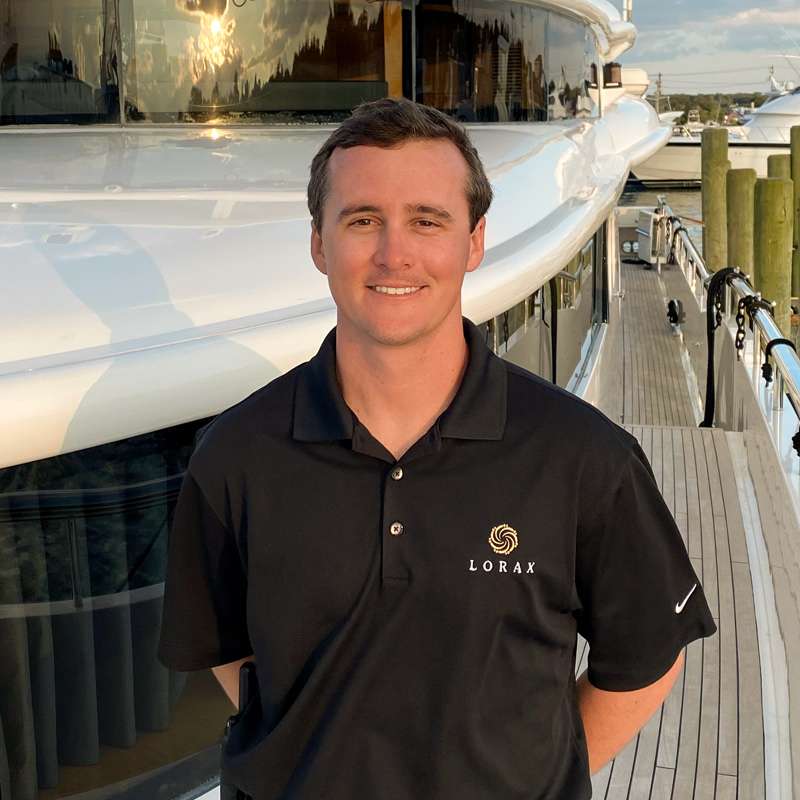 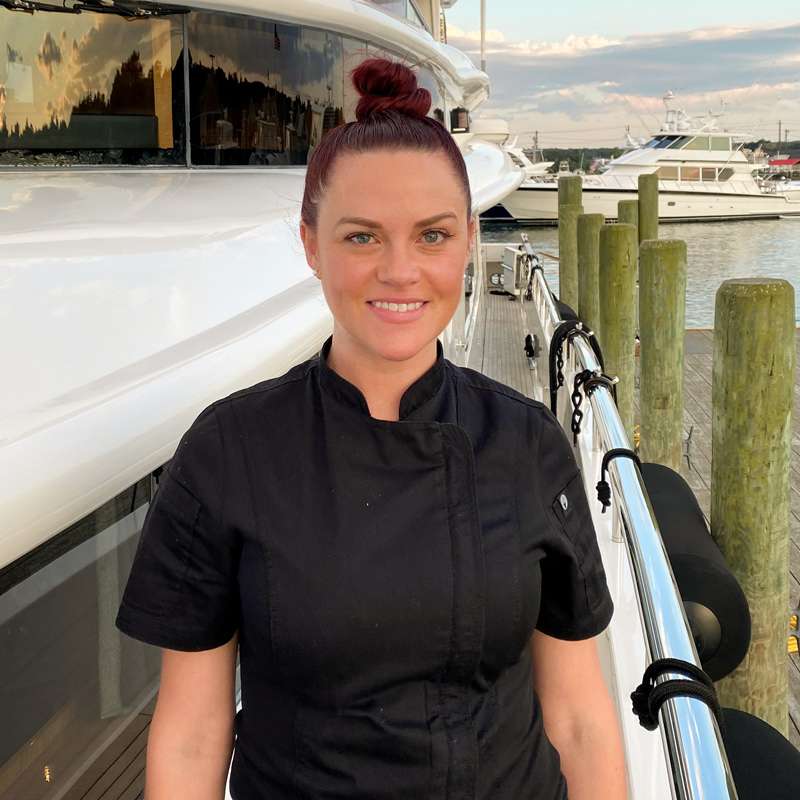 Each guest stateroom has a TV with DVD and individual satellite TV receiver.

Charters are limited to four staterooms total.
LORAX is fully air conditioned through out.
Crew has separate heads and shower.